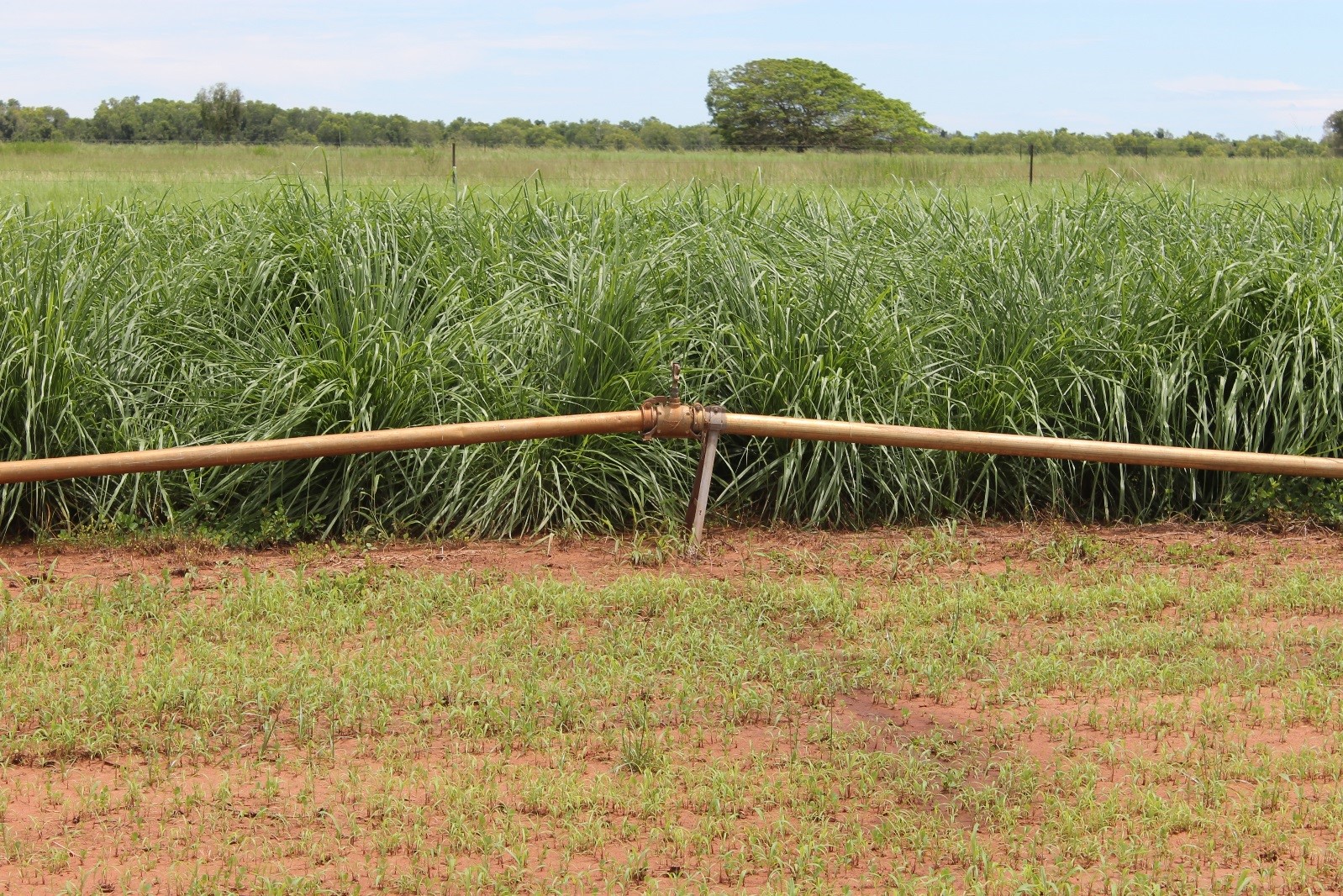 Nucal Panic (Panicum sp) was the highest yielding of eight grasses in the recently completed Cool season grass trial at Coastal Plains Research Station (CPRS). Nucal has potential as an option for hay production during the wet and dry seasons, commercial seed production, year round grazing and dry season grazing under irrigation. We would like to sow Nucal under the grazed irrigated Leucaena at Douglas Daly Research Farm (DDRF) to replace the Jarra which has low cool season growth and production.

An area of half a hectare on the Blain soil in the Irrigation Paddock at DDRF was irrigated, ploughed and sprayed to control weeds.

Ben Beumer and I dug up tussocks from the Cool season grass trial area at CPRS on 13 and 14 November 2017 with a disc plough to use as planting material. The tussocks were bare rooted and washed clean before being transported to DDRF. On the afternoon of 14 November, the tussocks were divided into sets of up to six tillers. We planted 500 square metres in 1m rows on the morning of 15 November using a twin disc vegetative planter borrowed from Finniss River Station. We were assisted by Ben Pickvance from DDRF. This area was irrigated immediately after planting, and fertilised on 4 December.

Some of the sets did not survive, mainly smaller sets with less than 4 tillers. We dug up more planting material from CPRS using a mattock on 12 December. It was divided into sets with four or more tillers and planted later that day at DDRF to fil in gaps in the rows, with assistance from Peter Shotton from DDRF. Peter has since collected more planting material and expanded the plot.

The plot has been regularly monitored. Seed harvest is expected to be in early to mid-April 2018. The seed will be harvested using the Pastures Brush harvester, which has been relocated to DDRF. This seed production area can be expanded, either vegetatively, or using seed in future years, if required.

If you are interested in the Nucal plot or information on growing in, drop Arthur a line on 8999 2214.