On January 29, a farewell gathering for Bruce Sawyer was held at the Bark Hut Social Club, Berrimah Farm. After 42 years with the department, Bruce has left on extended leave as a precursor to his retirement.

From tramping the flood plains and rice fields in the wilds of Tortilla Flats in the 1970s through to his roles as Director Agriculture and Director Research Farms, Bruce said he found his responsibilities both challenging and rewarding. A highlight of his time with the department was “working alongside the NT’s primary industry producers, and working with our researchers and farm staff.”

“Looking back, it is pleasing to see how far our pastoral, agricultural and horticultural industries have developed and grown, and become so much more sophisticated over the years,” he said.

Bruce and Dianne plan to stay in Darwin for a few more years at least, as long as the build-ups and Wet seasons are kinder. They have grandkids to spoil and plenty of travel destinations to keep them occupied.

Bruce is confident the Department of Primary Industry and Fisheries will continue to help NT primary industries grow and improve.

“So, best wishes to you all and thanks to those who joined me for that final beer at the social club. I wish you well for the future.” 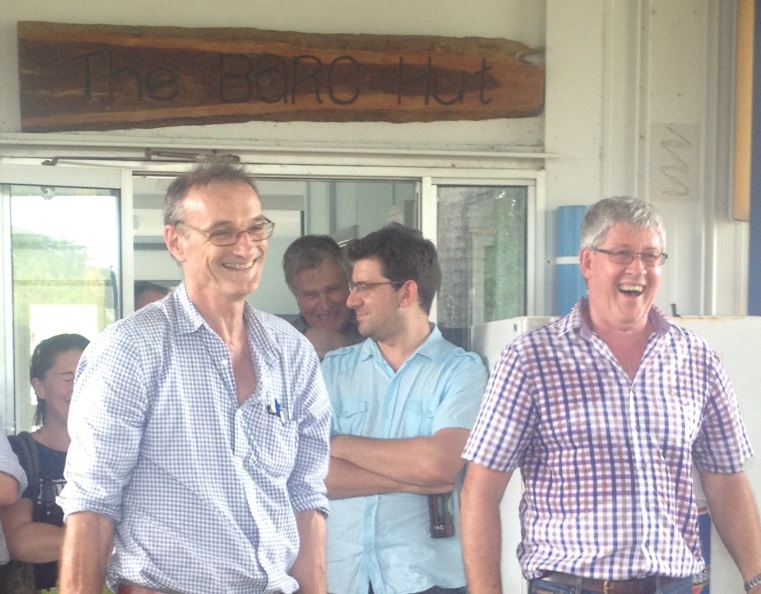