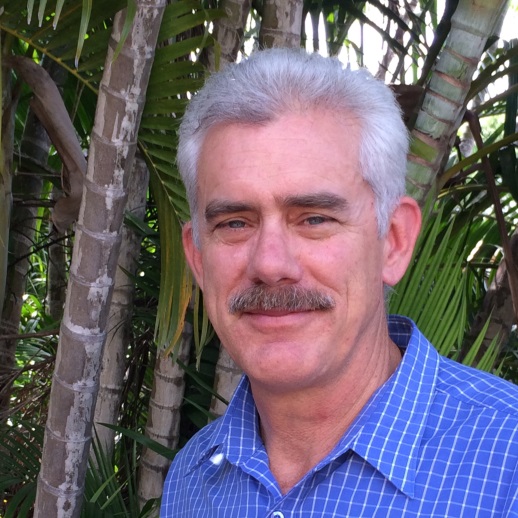 In February, Dr Kevin de Witte returned to the Territory to fill the role of NT Chief Veterinary Officer (CVO). Following 10 years with Animal Health Australia (AHA), Kevin will lead and manage the Animal Biosecurity Program within the Department of Primary Industry and Fisheries.

Many pastoralists will remember Kevin from his time with the department in the 80s and 90s when he was based in Katherine. Kevin has significant experience in disease control and management working with the NT cattle industry during the eradication of Bovine Tuberculosis and Brucellosis, the investigation and management of various disease syndromes, and the extension of optimum herd management including spaying.

Kevin looks forward to rousing old and new friendships, and working with the NT cattle and other livestock industries again to manage biosecurity risks, maximise market access and optimise productivity.

Notifiable Diseases in the NT

Did you know that some diseases are listed as notifiable under the Northern Territory’s Livestock Act? This means that if owners, managers and/or veterinarians suspect or have confirmed cases of these diseases in their animals, they must be reported to the Chief Veterinary Officer of the NT.

By reporting notifiable diseases as quickly as possible, you are ensuring a quick response to the disease. This not only potentially saves a large number of your stock, but could also prevent the spread onto other properties and assist the livestock industry as a whole.

There are three categories of notifiable diseases in the Territory:

To ensure that compensation is available in the event of a large-scale outbreak under the EADRA, emergency animal diseases (EADs) must be reported to the Australian Chief Veterinary Officer within 24 hours of notification.

Who to report to

If you suspect any animals to have any of the diseases listed below, you should do one of the following:

Swill Feeding: What is it and why is it illegal?

Swill is the name given to food products that contain, or have been exposed to, meat products. Examples of such products include:

Swill is considered to be a prohibited pig feed. It is illegal to feed swill to pigs and strong penalties apply. Strict regulations are in place in every state and territory in Australia. These restrictions apply to everyone, regardless of whether the pigs are bred commercially or as pets.

Australia is fortunate enough to be relatively disease free and imported meat products from other countries may contain viruses that are not found in Australia. It is believed that feeding swill to pigs was the cause of the FMD disease outbreak in the UK in 2001.

Diseases that are associated with swill feeding are:

If you have any queries, please contact your local Livestock Biosecurity staff.

Tetanus – are you and your staff prepared?

Tetanus is an acute disease of mammals characterised by muscular spasms and increased sensitivity to stimuli. Tetanus occurs in humans and has also been reported in all domestic animals, except the cat. In the Northern Territory, the disease has been recorded in horses, cattle, sheep, pigs and dogs. Horses are reported to be the most susceptible to the disease. Tetanus can be a common cause of death in weaners after castration and dehorning.

How is it caused?

Tetanus is caused by the bacterium Clostridium tetani when it enters the animal’s body through traumatic wounds, or during parturition (e.g. calving) or management procedures. Procedures such as castration and dehorning can provide suitable anaerobic sites for the bacterium. After entering the body, the bacterium begins to multiply and produce a toxin, which causes the clinical signs of tetanus.

Spores of this organism commonly occur in soil and in the faeces of most animals and can survive for many years in the environment. It is for this reason that people who have contact with soil and animal faeces are at greater risk of contracting this disease.

What are the signs?

Signs of tetanus for cattle and horses are:

Note: In affected dogs, there is a characteristic elevation of the ears, wrinkling of the forehead and protrusion of the third eyelid.

What can we do to prevent / reduce risk?

Prevention and reduced risk can be achieved by a few quick management steps:

Adopt best practices for branding, castration and dehorning as per the MLA manual, ‘A Guide to Best Practice Husbandry in Beef Cattle: Branding, Castrating and Dehorning’ (MLA 2007) and start a 5 in 1 vaccination program at branding, followed by a booster 4-6 weeks later or at the next weaning muster.

Have you sent your PINK copies in to your Regional Livestock Biosecurity Officer Recently?

It is a mandatory requirement for cattle, buffalo, sheep, goats, camelids (including camels, alpacas and llamas), deer and pig owners to complete a Waybill whenever stock are moved outside the boundaries of a property.

Pink copies must be sent within 28 days

It is an offence under the Livestock Regulations not to complete a Waybill correctly and may incur a penalty of up to $14,100 and $7050 for not submitting the Waybill pink copies to the Registrar in 28 days after completion.

Want information on a particular animal health topic?
Requests for articles on topics of interest are invited. Please send requests to: