Just before Christmas last year, staff at the Arid Zone Research Institute (AZRI) were pleased to be visited by two retired veterinarians, each who had worked at one time as the ‘Senior Veterinary Pathologist’ when AZRI housed a key northern Australia veterinary laboratory. Dr. Peter Hooper was based at AZRI as a pathologist in the early 1970s and later went on to work for the NT government as the Department Secretary. Dr. Denise McEwan worked as a pathologist at AZRI until the early 1990s.

Department Pastoral Production Officer, Jocelyn Coventry, organised a tour with the help of Mrs Pam Hooper for a ‘trip down memory lane’ through the AZRI buildings, the AZRI Farm and the Old Man Plains Research Station. Tour stops of interest included: 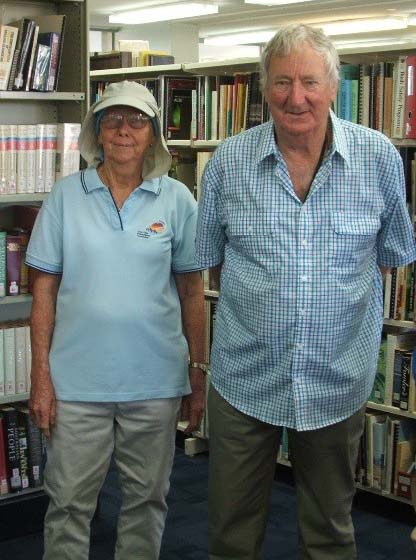 After the tour, Peter Hooper commented that he was interested to see how AZRI continued to be ‘very active and productive’, but how the focus of the department had changed—research into “infectious animal disease (now appeared to be) far less important than (in his) day”

Peter had been unable to attend the celebrations for ‘AZRI—50 years of research, development and extension’ in the previous month (16/11/2018) , so it was serendipitous that he was now able to visit and see some of the changes.