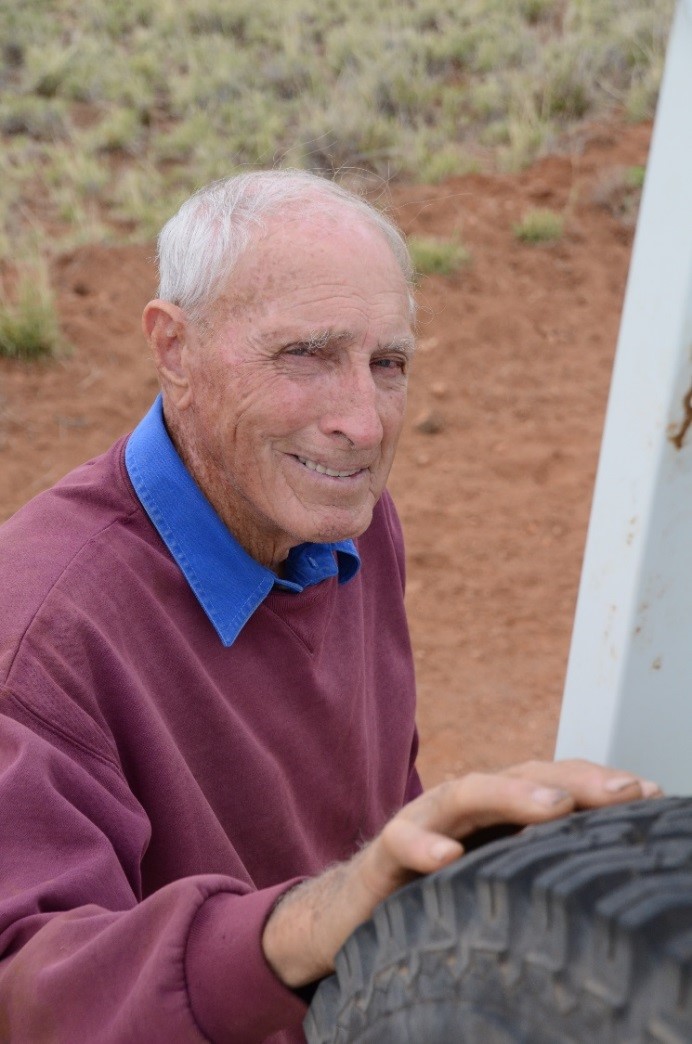 DPIR would like to pay respects to Mr Richard (‘Dick’)  Cadzow a highly respected member of the NT cattle industry who passed away in  Alice Springs on 21 March.

After previously owning Phillip Creek Station, Dick and Ann Cadzow purchased the lease on Mount  Riddock in 1986. Dick was a true cattleman and the quality of the Mount  Riddock Polled Herefords is testimony to his vision, skills and commitment to  the industry. Cattle from Mount  Riddock have regularly attracted top prices at the annual Alice Springs Show  Sale. Dick was highly regarded by his fellow cattleman and conservationists’  alike and received life membership of the NT Cattlemen’s Association in 2013.  Dick left a legacy of the importance of caring for the land. His passion for this became clear when he effectively  removed significant populations of feral rabbits and horses on his property. He  was a pioneer in improving the capability of the land, by developing an  understanding of landscape functioning and introducing ponding banks, while  managing grazing pressure. In  recognition for his dedication to natural resource management, Dick was awarded  the Rural Press Landcare Primary Producer Award in 2004.

Mount Riddock developed into a trend setting station for Central  Australia as Dick welcomed researchers to do studies in pastoral land  rehabilitation, cattle herd efficiencies, cattle herd health, rotational  grazing, meat quality and development of new technology. As an active member of  the Alice Springs Pastoral Advisory Committee for eight years, Dick shared his  knowledge with young pastoralists and departmental officials and was often described  as a top operator that was easy to work with.

Dick and Ann transitioned to retirement in Alice Springs,  leaving an improved, highly productive and resilient station to Steve and  Rebecca Cadzow, who have built on the success story and introduced further  innovations at Mount Riddock.

We honour Dick Cadzow’s memory as a cattleman, a  conservationist and a kind gentleman, and we extend our condolences to his wife  and family.