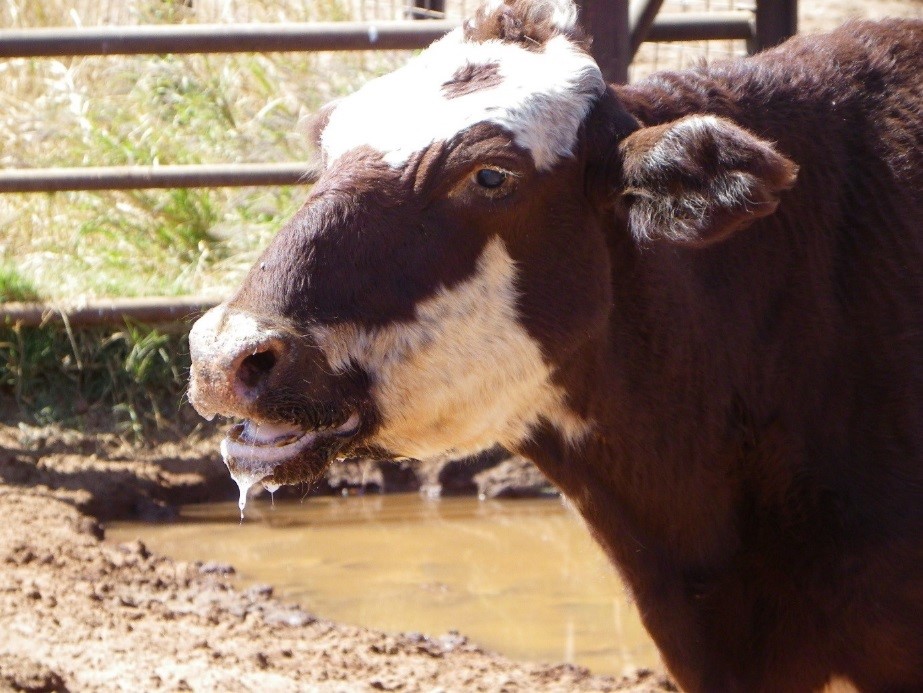 Figure 16.  The affected steer was salivating and in respiratory distress.

The manager of a property in the Alice Springs region reported four 2-3 year-old crossbred Hereford steers with signs of weight loss, salivation and loss of muscle/movement control. The steers had been recently yarded and were due to be transported for slaughter. Examination of stock by DPIR veterinarian found affected steers to have the symptoms reported, as well as being in respiratory distress. The most severely affected steer was euthanased for post mortem examination.

Post mortem examination revealed water in the lung tissue and evidence of a healing tongue lesion. While it was suspected that the steer was persistently infected with bovine viral diarrhoea virus, samples were referred to the Australian Animal Health Laboratories (AAHL) to exclude exotic diseases including Foot-and-mouth disease (FMD) and Vesicular stomatitis (VS) for the tongue lesion, and Haemorrhagic septicaemia and Contagious bovine pleuropneumonia for the lung lesion. Tests excluded all exotic diseases.

While the IBR serological blood test results were negative, a positive BVD antigen ELISA blood test and a negative BVDV AGID antibody blood test confirmed the steer was persistently infected (PI) with BVDV. The P. multocida bacterial infection combined with the viral BVDV infection led to the BRD syndrome, intensified by the stress of mustering and yarding.

BVDV Type 1 is endemic in the Northern Territory cattle population, with most herds and up to 70% of cattle exposed.  In-utero infection can result in PI animals which show signs of poor development, ill-thrift and early death.  These PI cattle are immune-suppressed and may also develop the more acute and often fatal mucosal disease which presents as severe gastro-intestinal ulceration.

Vaccines are commercially available for the main respiratory viruses and bacteria that contribute to BRD, including IBR and BVDV. The vaccines are not widely used in Territory, but should be administered prior to entry into the feedlot and mixing of cattle.

A recommendation was made to cull the remaining three clinically affected steers. There have been no further clinical problems reported from this herd of cattle.

Pneumonia due to pasturellosis causes mortality in Brahman cows in Katherine

In August, a private veterinarian investigated mortality in a group of 180 Brahman cows which had recently been transported to a property in the Katherine region. Over a two-week period approximately 50 cows had shown signs of nasal discharge and coughing, and 30 had died.

On clinical examination the affected cattle were having trouble breathing, with heavy breathing rates and nasal discharge. A single three year-old cow was euthanised and post-mortem examination revealed liquid in the lungs, as well as the lung sticking to the thoracic wall.  Examination of lung tissue under the microscope revealed a severe pneumonia, consistent with Mannheimia haemolytica infection. There was no microscopic evidence of viral involvement, and a heavy growth of M. haemolytica was cultured from lung samples. A diagnosis of pneumonic pasturellosis (shipping fever) was made. While shipping fever usually involves infection caused by P. multocida in cattle, it may also be caused by M. haemolytica in the absence of P. multocida. It is likely that the recent stress of mustering, long-distance transport and yarding resulted in the high morbidity and mortality in this case.  This level of pneumonia is an infrequent situation in northern beef herds.

Vaccines are commercially available for the main respiratory viruses and bacteria that contribute to BRD, including IBR, BVDV and M. haemolytica. The vaccines are not widely used in Territory, but should be administered prior to entry into the feedlot and mixing of cattle – a process known as ‘backgrounding’.

Slaughtering, processing and sale of meat in the NT

The slaughtering, processing and sale of meat for human consumption is regulated under the Northern Territory Meat Industries Act 2011 and associated Regulations.

The slaughtering of animals for human consumption has been a common practice on stations over many years, providing meat for owners, managers, employees and guests. It is not an offence to slaughter an animal on your property for consumption by your family and staff, provided it is consumed on the property on which it was slaughtered. The meat must not be sold, bartered, or given away.

The meat may be provided to paying guests in facilities where supplying meat is not the primary source of income e.g.  bed and breakfast facilities. Any paying guests must be informed and non-paying guests should be advised that the meat has not undergone an Ante Mortem or Post Mortem inspection by a qualified meat inspector.

The sale of station slaughtered meat in a roadhouse or community store situation is considered to be an offence, and is not permitted. All meat used in these operations must be sourced from a licenced processor. The use of station meat houses to process meat for sale is not permitted unless licenced by Department of Primary Industry and Resources.

It has been common practice over many years for stations to supply meat to Aboriginal communities located on cattle stations and this practice is legal and may continue provided the meat does not leave the property of slaughter, is not on-sold, or given to others. This means that where an animal is slaughtered on a station for a local community, the carcass cannot be dressed by community members and removed from the property. If the animal was removed from the property live and transported to the community for slaughter, Northern Territory Waybill and National Livestock Identification System regulations would apply.

The supply of meat donated by a company or station to a community event such as a rodeo or campdraft is acceptable, provided that the meat is consumed on the station on which it is slaughtered and not on-sold at the event. If there is an abattoir located near the station it may be beneficial to slaughter the animal through the abattoir as the standard of meat preparation meets the Australian hygienic meat standards. The station or event co-ordinator should be able to negotiate a service kill in this situation.

All meat sold to the general public for human consumption must be processed in a registered establishment that has been issued with a stamp that has an Establishment Number. Meat must be inspected by a qualified meat inspector with a minimum Certificate III in Meat Safety.

Further information and advice concerning slaughtering and processing may be obtained from the DPIR: