The national outlook for March to May 2017 period indicates that: 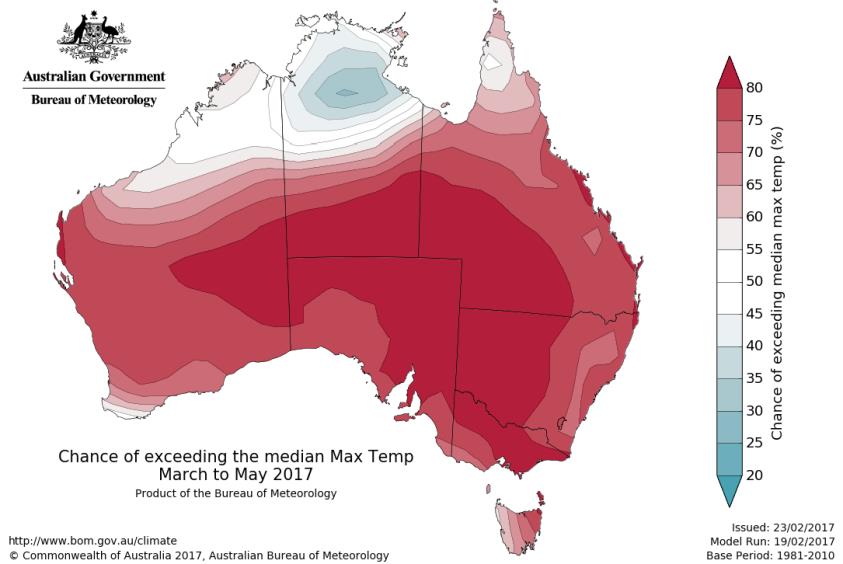 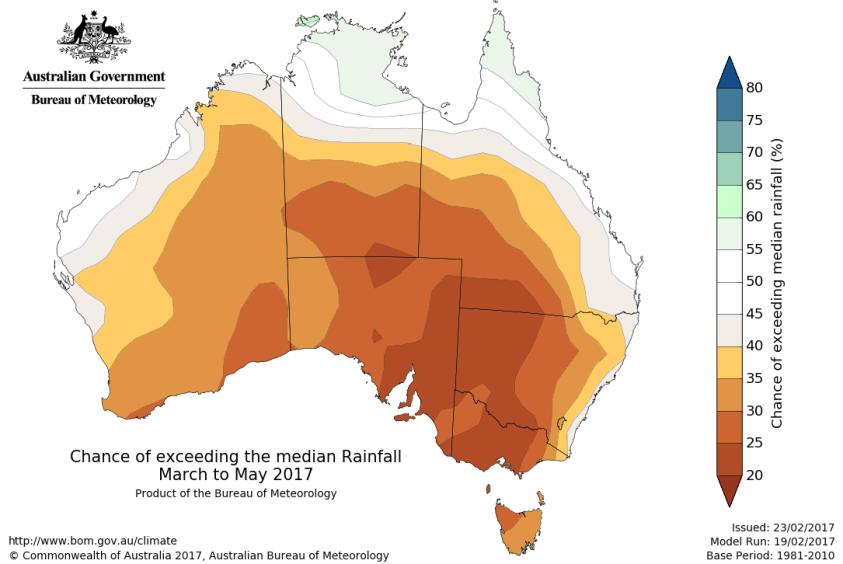 Temperature (left ) and rainfall maps. Sourced from the Australian Bureau of Meteorology:

Without a strong influence from the Indian or Pacific oceans, secondary climate drivers contribute more to the outlooks. Higher than average pressure is forecast over the Great Australian Bight and southern and Western Australia, meaning fewer rain-bearing systems are likely to cross the coast.

Although El Niño–Southern Oscillation (ENSO) is currently neutral, some indicators show an increased chance of El Niño developing during 2017. While recent changes in tropical Pacific Ocean sea surface temperatures and the Southern Oscillation Index (SOI) are typical of those expected prior to an El Niño, both these and other indicators remain firmly within neutral boundaries. All climate model outlooks show further warming of the Pacific is likely, with six reaching El Niño thresholds during the southern hemisphere winter of 2017.

El Niño WATCH means that there is approximately a 50% chance of El Niño developing in 2017, which is about twice the normal likelihood