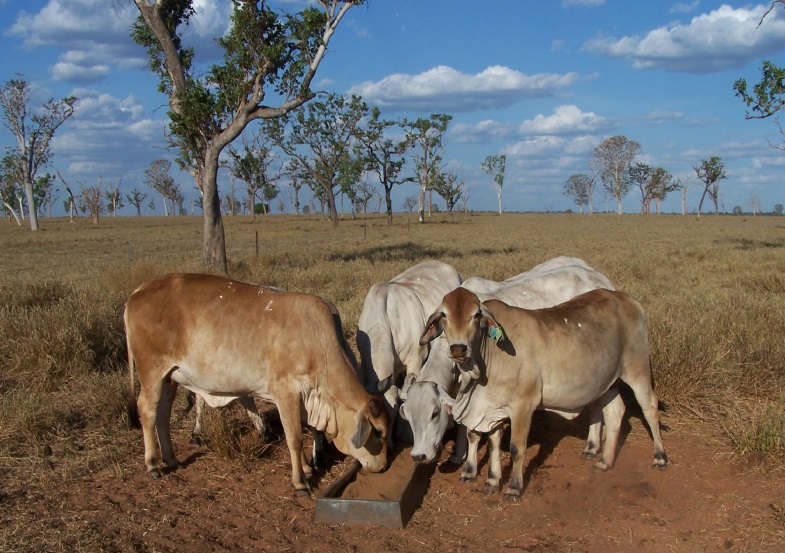 for yearling mated heifers when weight is recorded in late December. 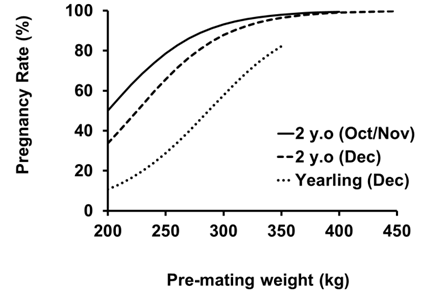 Figure 1. The effect of pre-mating weight on pregnancy rate in maiden Brahman heifers

From these relationships, tables have been produced that show the predicted pregnancy rates for Brahman heifers at different pre-mating weights. These tables can be used to identify target weights for different situations and to predict the number of calves likely to be produced by groups of heifers, which is useful for budgeting and assessing the profitability of different management strategies or scenarios.

However it should be noted that there are a number of things that can affect the weight recorded for heifers and the relationship between pregnancy rates and pre-mating weight (and they should be taken into account when using these tables):

So when someone says that their heifers have a pre-mating weight of 275 kg we need to know more information about that weight to properly understand what it means. For example, was it recorded after a curfew or straight after mustering? Was it recorded in October or January? For example; a heifer that weighs 230 kg in October after a curfew may weigh 275 kg at the start of mating in January without a curfew.

Understanding these things then the tables shown here can be used for heifer management, planning and budgeting. To use the tables find the PM Wt column that best suits your situation eg. if you weigh your heifers in October after they have been in the yards overnight then use the first column. Read down the column to find the average weight of your group of heifers and then read across to the Predicted pregnancy rate column to find the pregnancy rate predicted for that weight.

Table 1. Predicted pregnancy rates for two-year-old maiden Brahman heifers when grazing on native pasture. (The average growth over the Wet Season = 105 kg and growth from Oct to 20th Dec = 26 kg).

Table 2. Predicted pregnancy rates for yearling Brahman heifers when grazing on improved pasture. (3.5 month period mating from 20th Dec to end of March. The average growth from weaning to the end of mating = 102 kg)

When it comes to predicting pregnancy rates from weights in first lactation heifers (ie. re-conception rate after first calving) the other factor to take into account when evaluating pre-calving weights is whether the weights have been corrected for the weight of the pregnancy. Most weights quoted in research papers have been corrected for stage of pregnancy as the weight of a pregnancy (including the foetus/calf, fluid, membranes and placenta) varies greatly depending on how advanced the pregnancy is. For example, a two-month pregnancy weighs two kg while a nine month pregnancy weighs 59 kg. The weight of the pregnancy is lost at calving, so it is not actually part of a heifer’s body weight and does not reflect her body reserves.

Table 3. Predicted re-conception rates (by weaning) for Brahman first lactation heifers when grazing on native pasture. The pregnancy rate is shown for weights that have either been curfewed or not curfewed, and corrected for stage of pregnancy or not. Where stage of pregnancy has not been corrected for, the weights are shown for a seven-month pregnancy (weighing 30 kg) assuming that heifers are weighed about two months before calving

These tables can be used to identify target mating weights for different situations, and to predict the pregnancy rates likely from groups of heifers which will be useful in budgeting and to assess the profitability of different management strategies.

Example: A manager wants to know whether a supplementary feeding program that is designed to increase the pre-calving weight of his first calf heifers by 40 kg will be profitable. To determine this he can use Table 3 to find out how much the re-conception rates will be increased by when the pre-calving weight is increased by 40 kg. If the heifers are due to start calving in October and he weighs them in August straight after mustering them and does not know how to correct for stage of pregnancy then he should use the fourth column in Table 3. If their weight is likely to be 440 kg at this time without feeding, then they are likely to have a re-conception rate of about 35%. If they were 40 kg heavier they would likely have a re-conception rate of 52%. So the feeding program is likely to give an extra 17 pregnancies per 100 heifers fed. If we value a weaner at $630 (ie. 180 kg x $3.50 per kg) then the benefit of feeding 100 heifers is $10,710. This can be compared to the cost of feeding 100 heifers to determine whether the strategy is cost effective.

If heifers cannot be weighed prior to calving then it is possible to estimate pregnancy rate from pre-calving body condition score (BCS).