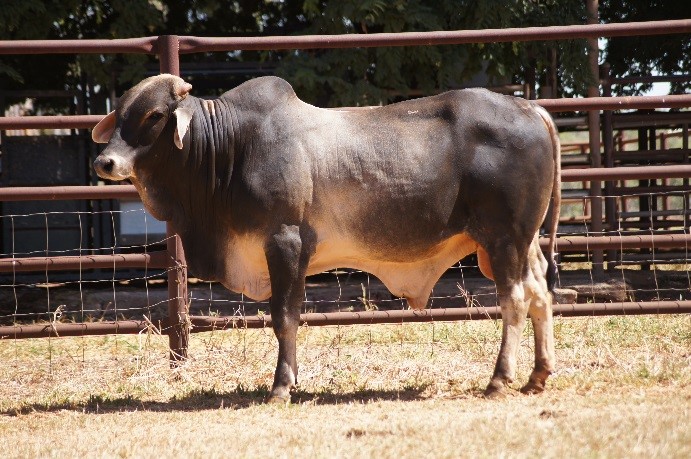 The bulls for sale are from the DPIR Selected Brahman and Composite herds. These herds have undergone rigorous selection for generations with a particular focus on fertility and adaptability. This can be seen in the figures, the live export selection index, created specifically by Northern Territory (NT) producers, calculates a single dollar value to enable a quick view of the relative earning capacity of each bull. The index is an estimate of the profit that will be generated from the sale of the bull’s male progeny and the longer term profit from the reproduction capacity of the retained daughters. It is a combination of the estimated breeding values (EBVs) for growth, carcass and fertility traits. Some of the highest ranked bulls using this selection index in the Brahman breed were presented in this sale. One third of the NT DPIR bulls sold are ranked in the top 20% and four bulls are in the top 5% for profitability in the Brahman breed.

The bulls are bred from heifer and first calf cows at Douglas Daly Research Farm and breeders at Kidman Springs in the Victoria River Downs (VRD). All of these cows are from a line of cows which readily reconceive after calving and produce an average of 152kg live weight per cow per year.

The estimated breeding values (EBVs) give you picture of the overall genetic trend of how this herd (red) and how the selection has influenced both fertility (in lower days to calving/rebreeding and higher scrotal size) and growth (18mth/600d weight) in comparison to the Brahman breed average (green). 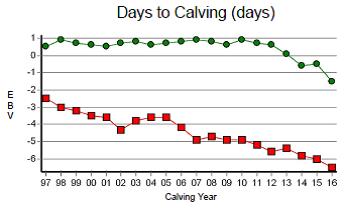 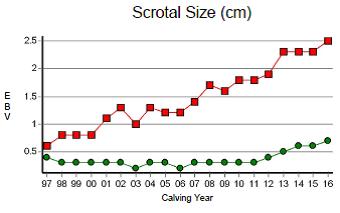 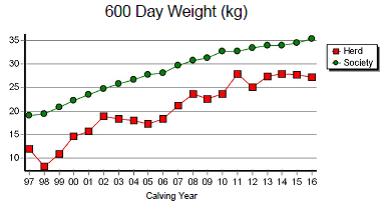 Bull selection is critical for profitability, the number of calves that will be produced by your breeder herd in 10 years time can be attributed to the type of bull selected and purchased this year. A bull that is selectively bred in an equal or harsher environment than your own is highly likely to produce daughters and steers that are highly adapted and productive in your environment. A bull and his daughters, your future cows, must fit their environment to stay in the breeder herd; it is much more profitable to select a cow to fit the environment than try to change the environment through supplementary feeding and/or parasite control. Genetic selection is a cheap, cumulative and permanent change which is determined by your breeding goals. 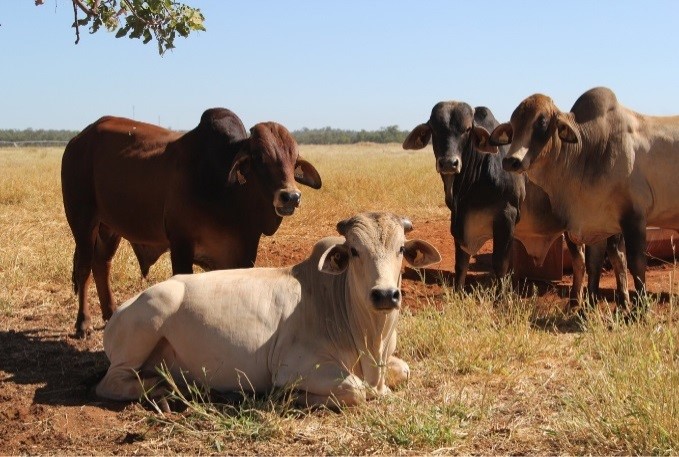 Some of the sale bulls. (taken by Dan Fitzgerald).