DPIF and DLRM teamed up again for another successful 2016 Alice Springs Show.

Highlights of the show this year included the Darwin DPIF crew bringing the warm weather with them to make the days glorious.

The guess the weight of the steer competition was won by a very happy camper (with the help of his dad) winning a Desert Dwellers voucher.

DPIF farm staff organised highly successful NT DPIF droughtmaster-based cattle for the show. Ribbons were flowing again—well done to staff from AZRI and Old Man Plains Research Station.
For the cowpat lotto, there was a need for measuring the amount of the cowpat in each square due to a ‘liner drop’ from AZRI’s droughtmaster heifers.

Again the Yellow Brick Road Show Trail offered giveaways and attracted lots of children and parents to our stand. Children were also excited to play in the sandpit and colour-in, while parents
enjoyed a refreshment and a rest from the bustle of the show rides.

The Xbox competition and the children’s fishing competition sponsored by DLRM were an enormous drawcard. 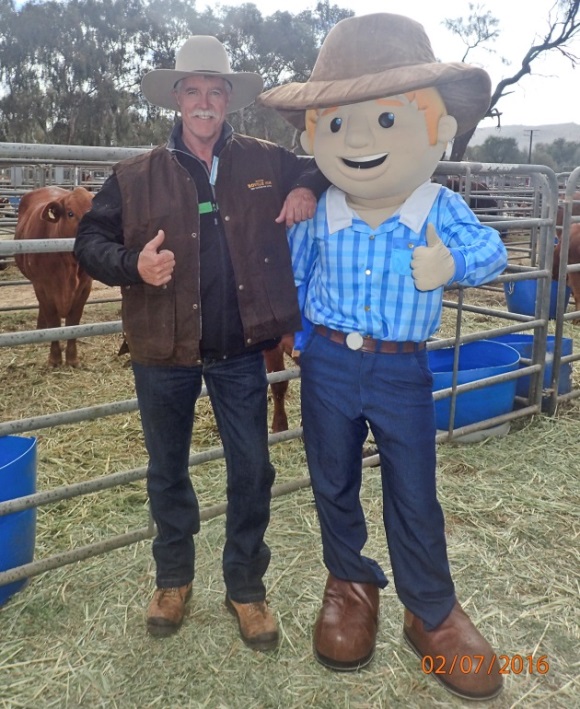 (Above) One of these characters is George the Farmer, the other is OMP Research Station Manager, Bryan Gill