Methodology for the calculation of production values

The production values estimated in this publication are calculated at the point of production, not at the point of sale and are based on a farm‑gate price (minus marketing costs). In the case of Territory fisheries, the farm‑gate price is the onboard or landed price. The Australian Government‑managed Northern Prawn Fishery (Territory catch only) (NPF) production value is based on an Australian Bureau of Agricultural and Resource Economics and Sciences (ABARES) export price.

Marketing costs are the cost of moving agricultural and fishery commodities from the point of production (on the farm or fishing vessel) to the point of sale (the market place). These costs include, but are not limited to, freight, cost of containers, commissions, insurance, storage, handling, weighing, yard fees and other fees or charges incurred by the producer in delivering commodities to the market place.

Outputs and values reported in this publication were obtained with the assistance of the Northern Territory (NT) Farmers’ Association, Crocodile Farmers Association of the NT, Australian Government Department of Agriculture, Australian Fisheries Management Authority, ABS and ABARES.

The relative contribution of each industry to the primary industry and fisheries total is illustrated in Figure 3, with cattle, horticulture and fisheries being the major sectors. These output and values originate from the department’s data collections and are presented in Table 3. The annual performance of the Territory’s major commodities by sector is presented in Table 4.

Territory primary industry and fisheries have significant links to other sectors of the local economy, such as manufacturing, transport and storage, retail and wholesale trade. These industries are vital in regional areas, providing economic stimulus and employment for approximately 1,791 people in 2018‑19 (ABS). This represents 1.3 per cent of the estimated workforce in the Territory. This labour force estimate is subject to a sampling variability and results can be volatile.

Figure 4: States and territories – agriculture and fisheries contribution to GSP, 2018‑19 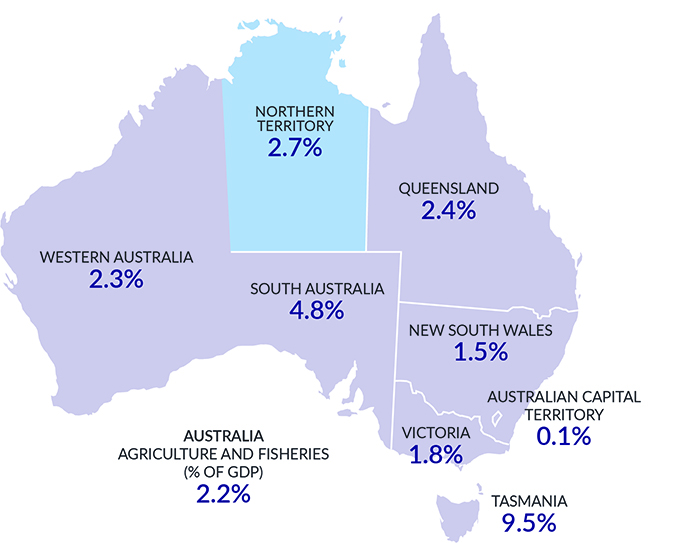 Figure 5: Agricultural and fishing areas in the Territory 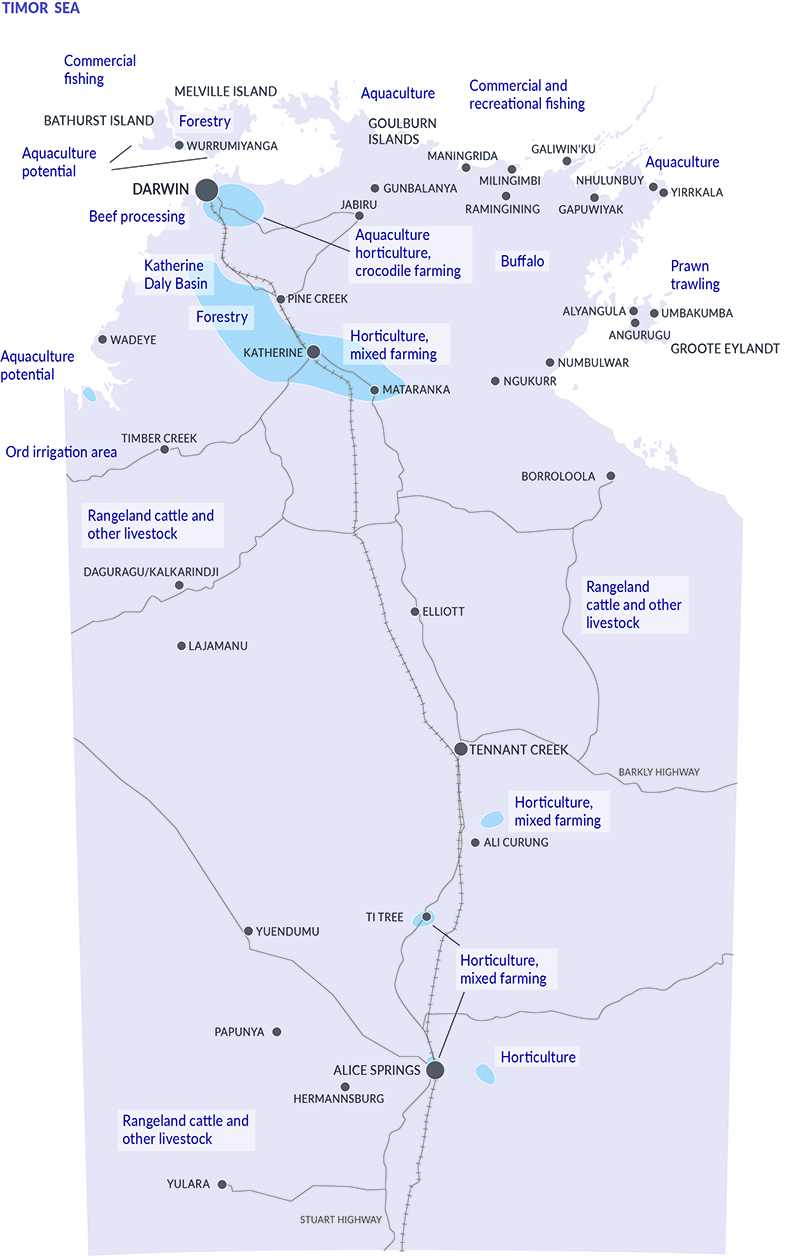 Source: Department of Treasury and Finance