Having first been detected in the Northern Territory in 2013, this strain of banana freckle (Phyllosticta cavendishii) is known to severely limit commercial banana production, making its eradication of great importance for the sustainability of the $600 million banana industry, and for the ongoing viability and potential expansion of the Territory’s banana industry.

During the initial two phases, all banana plants in the six red zones where banana freckle had been found were destroyed, followed by a host-free period where no planting of bananas was allowed and any regrowth was destroyed.

Phase 3 saw the re-introduction of banana plants, through a sentinel planting. During this period, which ran from May 2016 to April 2017, disease-free sentinel plants were established in the six red zones. Property owners in the red zones who were not part of the sentinel planting program could obtain a permit and buy disease-free tissue culture banana plants from authorised suppliers, being brought into the Northern Territory (NT) under permit. This resulted in more than 4000 properties growing bananas again. 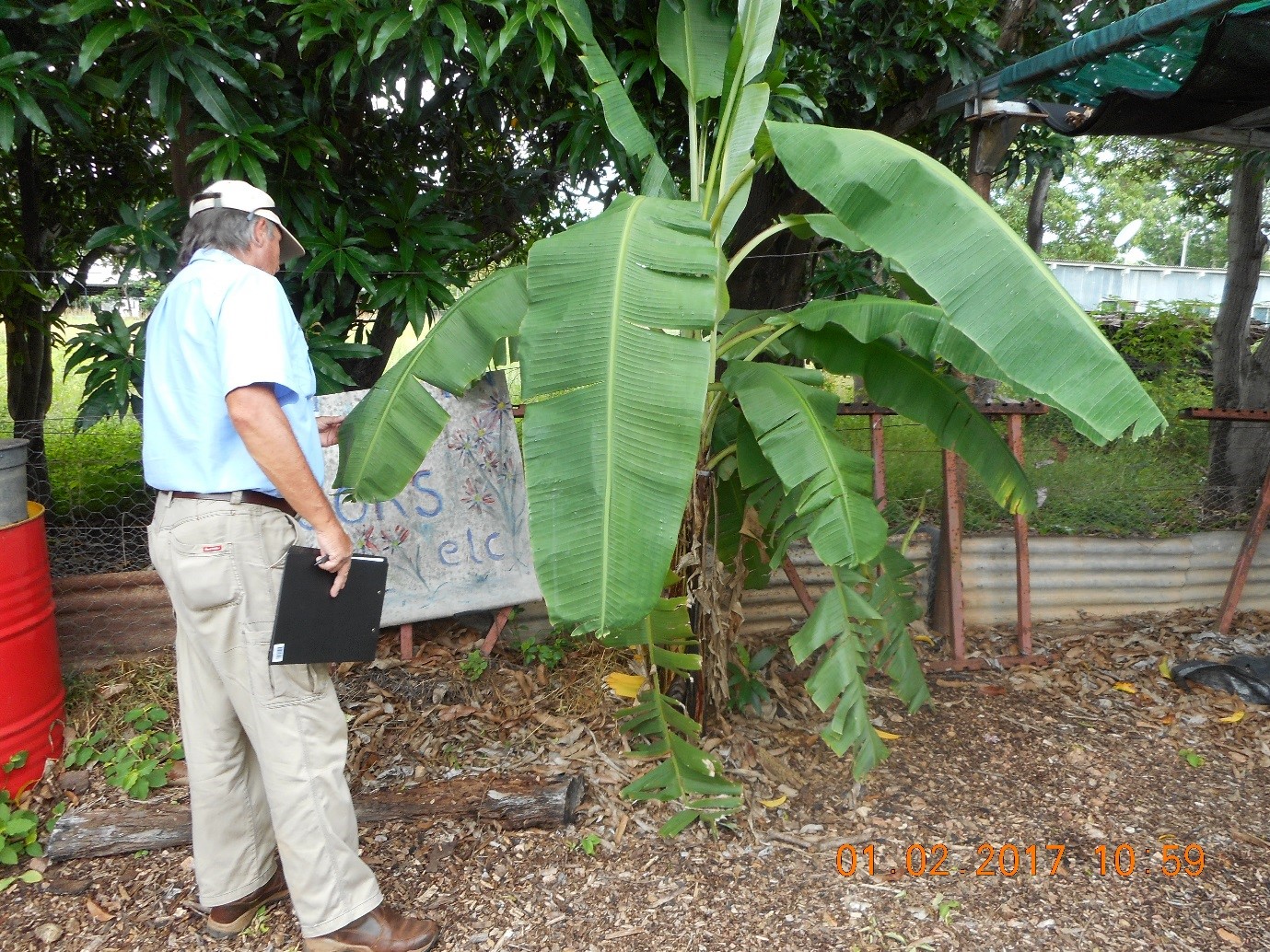 On 1 May 2017, the Territory moved into Phase 4 of the program – Assessment of Proof of Freedom. This paved the way for quarantine restrictions, including the banana freckle permit conditions, to be lifted in July 2017. Note that Banana plants and fruit cannot be moved into and out of the NT without a permit. It is also recommended that people maintain good biosecurity practices, including not unnecessarily moving or sharing banana plants during Phase 4.

Two rounds of verification surveillance are required on high risk properties with sentinel plants to cement statistical confidence that the pest is eradicated. The final round of inspections will take place during the 2017-18 Wet season on 336 properties that were previously infected with banana freckle, or were in close proximity to infected areas.

Following the expected successful completion of Phase 4 surveillance in 2018, a submission will proceed to the national biosecurity authorities for the NT to obtain National Proof of Freedom from banana freckle.

The NBFEP has been Australia’s largest cost-sharing emergency plant pest response under the National Emergency Plant Pest Response Deed to date, having received federal, state, industry and community support. Great outcomes for biosecurity in the NT have been achieved through this program, and the contribution by industry, those involved in its implementation, and the broader community is truly recognised.