During January to March 2017, 58 livestock disease investigations were conducted to rule out emergency diseases or investigate suspect notifiable diseases across the Northern Territory (NT). Figure 8 shows the number of investigations by species of livestock. 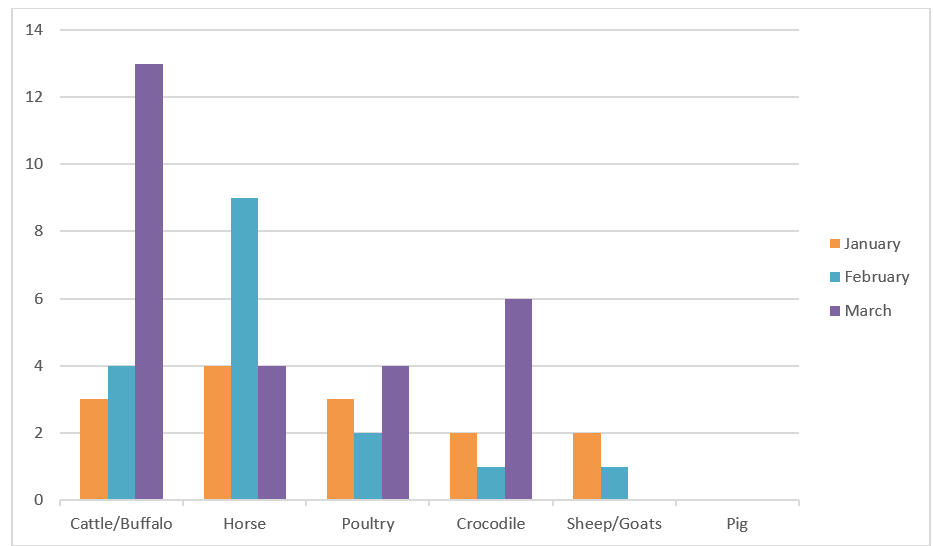 Figure 8. Livestock disease investigations by species for January to March 2017

The following case reports are a selection of field investigations of livestock disease incidents during the quarter.

A property in the Katherine region reported losses in their 12-18 month old cattle after an estimated 20 head out of 60 were found to be missing and presumed dead after a prolonged wet season. Some of the remaining cattle were displaying signs of dehydration and scours at the time of the investigation.

One of the heifers was found to be in very poor body condition. The heifer was euthanised and an autopsy was performed. The autopsy revealed a full rumen with dry contents. There was no evidence of diarrhoea in this animal. Two small ulcerations were found on the inside of the heifer’s mouth, the sores appeared to be healing. Samples were collected from this animal and 30 cohorts for diagnosis and to exclude foot and mouth disease (FMD).

Laboratory tests run on the tissue from the ulcer and serum excluded FMD. Tests on the faecal samples showed no evidence of internal parasites, including coccidiosis. Blood samples from the heifer showed a moderate increase in neutrophils; a type of white blood cells that helps to kill bacteria. There was also elevated urea levels in the blood, likely due to dehydration. Salmonella subsp ser rough: e.h:1.2 was isolated by direct faecal culture and S. montevideo and S. reading was isolated by enrichment culture. Salmonella isolation from direct culture of faeces is often associated with clinical disease. Salmonella isolation from enrichment culture reflects lower numbers of organisms in the faeces and can indicate a carrier or recovered animal.

Severely affected cattle were treated with antibiotics and all cattle recovered with no further illness or death. The presumptive diagnosis is salmonella infection but it is believed to have followed another significant stress event that remains undetermined.

Salmonella is a bacteria that can be found in the digestive tract of humans, mammals, reptiles and poultry. The bacteria can be spread from infected hosts through faecal matter, resulting in illness for previously uninfected animals. There are over 12 different types of salmonella organisms in Australia. The Salmonella bacteria is mainly spread to mammals through food and water that has been contaminated by animals already infected with the bacteria. Wildlife are known carriers of salmonella infections and have been responsible for outbreaks of the disease in cattle.  Cattle may not show symptoms until they are exposed to stress factors, lowering their resistance. Such stress factors include lack of food or water, change in diet, extremely hot or wet weather, weaning and transport.

Clinical Signs vary between cases, with some cases resulting in scouring, others in pneumonia or even odd deaths in older cattle. Any of the following may be related to salmonella:

For those animals that do not die, diarrhoea, emaciation and wasting are likely to continue for a while before the animal recovers.

It is important to remember that salmonella poses a threat to humans. Salmonella is spread relatively easily to humans and/or other animals as it can be ingested through direct or indirect contact with faecal material. If you believe your animals have salmonella, please contact your regional DPIR veterinary officer or local veterinarian for tests which can be run to ensure a correct diagnosis is made and appropriate medication administered. There are a number of alternative diseases that can cause the syndrome seen.  Salmonella is not a common diagnosis in Northern Territory herds.  There should be few consequences for this herd under improved management. 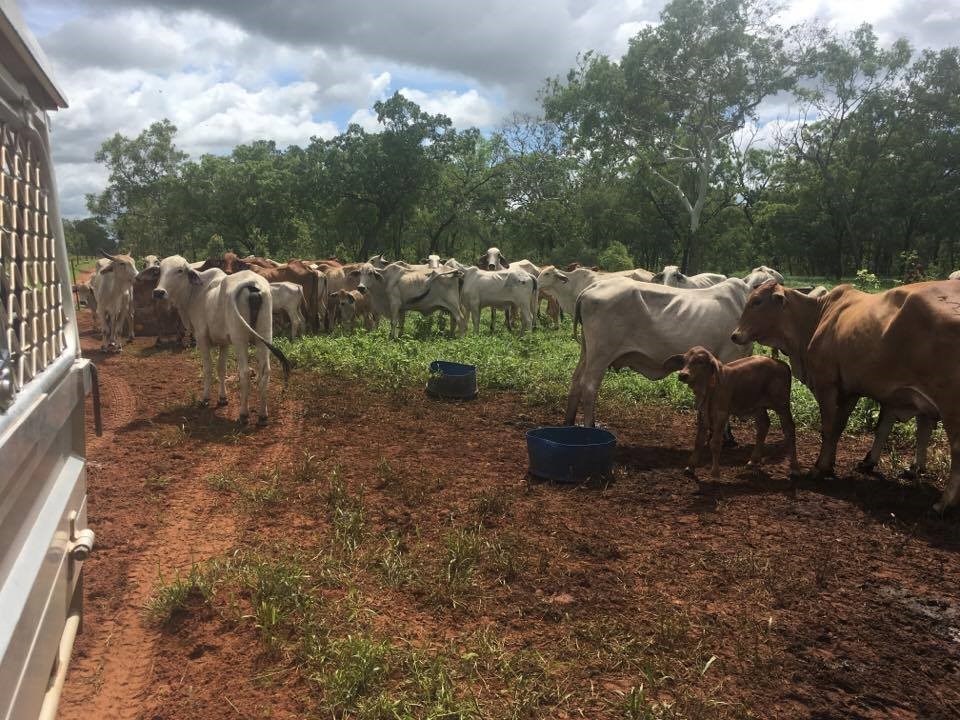 The manager of a property in the Katherine region reported sudden death in 26 weaner cattle from a herd of 2000 over the space of a few weeks. The cattle had been weaned, processed, and transported to the property in multiple consignments during the preceding month. Weaners had access to weaner pellets, hay, and unimproved pasture once they arrived at the property. Conditions had been particularly wet during the previous months.

The mob was in overall average condition, with some very young animals. Dead cattle were generally in poor condition, and had been found under trees and in feed troughs. One heifer was seen to be circling and was found the next day with a head tremor and unable to stand. This heifer and an additional two steers, which were the weakest of the mob, were euthanized for autopsy and 30 animals were blood sampled.

At post mortem the lungs of all three animals were pale, with the bottom sections of the lungs filled with liquid instead of air. The ruminal papillae in the heifer and one steer were smoother than would be expected. Ruminal papillae are the thousands of tiny finger like bumps attached to the inside surface of the rumen which help with absorption. Other organs looked normal.

Tests undertaken at Berrimah Veterinary Laboratory (BVL) found inflammation of the air sacs in the heifer’s lungs. The lung tissue collected from the steers showed severe bronchopneumonia (inflammation of the lungs, particularly in the bronchi). A mixed bacterial growth including Pasteurella sp., was cultured from the steers. Inflammation of the brain was also identified in one of the steers and the heifer, with changes in the heifer being more severe. Laboratory tests found a mild to moderate increase in neutrophils (white blood cells) in all the animals. Muscle damage was also seen in all animals which is commonly associated with downer animals.  The Pasteurella infection may have indicated a degree of ‘shipping fever’.

Bovine herpesvirus 5 is present in Australia and may cause inflammation of the brain and neurological disease in young animals. The virus can establish, lay dormant and may be reactivated when infected cattle are stressed; it is then excreted in nasal, eye and genital secretions.  BHV 5 is part of the ‘growing up’ phase for cattle with problems rarely seen in adult cattle.

Serological testing for leptospirosis demonstrated a very consistent exposure to a range of Leptospira but particularly Leptospira Pomona.  No disease attributed to L Pomona was seen in live cattle or post-mortem.  The presumed source was the large number of feral pigs on the property of origin.

The cattle were dipped for cattle tick to exit the Parkhurst Resistant Tick Infected Zone.  Amitraz levels in the dip were correct.  No other issues were seen in other mobs of young cattle that were dipped.

Multiple stressors are likely to have contributed to the observed mortality of these cattle. In this case, early weaning, processing, prolonged periods of time spent in yards and transport of the large number of young cattle in a very wet season. Further stressors include; the concurrent worm burden, the cattle tick plunge dip, transport and the sudden introduction of the weaners to the new post-weaning hard ration. The level of mortality (approx. 1.3% in this mob) is significant but the diagnosed diseases are difficult to prevent in a cost effective manner other than by strategic treatment of sick animals (anthelmintic, antibiotics) if detected early enough to allow a good chance of response.

The cattle were turned out into a clean paddock for several weeks before being run through the yards again, and there were no further losses reported. 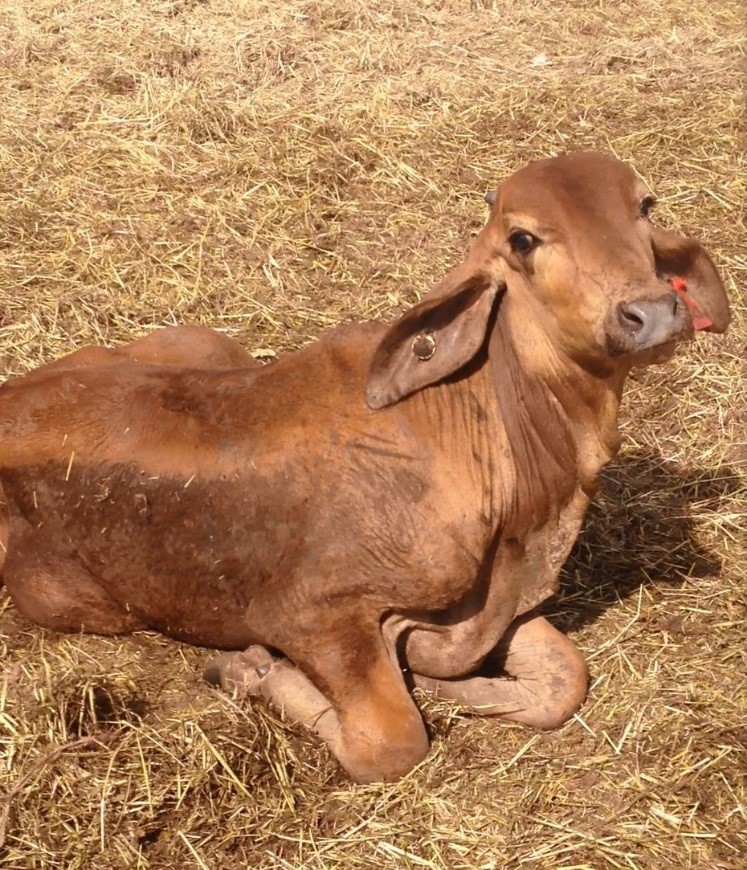 A report of sudden death in a backyard flock of chickens was investigated in a remote community on an island off the Northern Territory coastline. Eight out of 12 birds on the property had shown signs of weakness, were lying down, unable to get up, and had died over a two day period. There had been no recent management changes, other than herbicide that had been applied to the yard the week previously. The weather had been particularly wet and cyclonic. A hen was euthanized, its carcase frozen and transported to the Berrimah Veterinary Laboratories.

An autopsy of the hen found no evidence of infectious disease. Further examination revealed evidence of a firm mass within the air sac, likely incidental and from a previous passing condition such as mild air sacculitis or serositis, with no active inflammation present. Sacculitis is lower respiratory disease in chickens, where one or more of the air sacs become inflamed. Serositis is the inflammation of the tissues that line the lungs, heart, abdomen and inner abdominal organs.  Avian influenza and Newcastle disease viruses were excluded by tests on swabs collected from the cloaca and oral cavities.  A presumptive diagnosis of avian botulism was made on the basis of clinical history and lack of gross and histological evidence of other disease.

Cases of botulism in poultry, caused by consumption of maggots containing Clostridium botulinum, are seen commonly in poultry during the wet season in the Top End. In this case, maggots were not found in the gastrointestinal tract of the bird on post-mortem, however in subacute cases of poisoning maggots may already be digested. Upon questioning the owner it was discovered that the chickens in this case were regularly fed leftover fish and meat. When decayed, these are common sources of C. botulinum toxin and maggots, which concentrate the toxin. The owner was given recommendations to remove decaying food scraps from the birds, and no further losses have been reported.