The Board of Management provides leadership and strategic decision‑making focused on setting and delivering the department’s strategic direction, ensuring compliance with statutory obligations and monitoring performance. It is the department’s principal governance body and includes representation from all output groups. 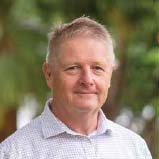 Alister works closely with industry to lead the growth of the primary industry, fishing, mining and energy sectors, and to strongly contribute to the development of Northern Australia. 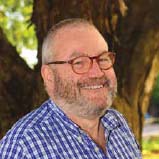 Rod is responsible for the Mines, Energy, Geological Survey and Corporate Services and Governance activities of the department, and for providing strategic advice and support to the Chief Executive. He has a strong focus on building relationships with the resources sector and improving stakeholder engagement, and leading the Corporate Services and Governance Division in driving the operational improvement and performance of the department.

Rod has more than 40 years’ experience in the NT Government working in land and water resource management; strategic planning; regulation of development, building and transport; major project facilitation and now resources. He is a graduate of the University of Queensland with a Bachelor of Agricultural Science (Honours 2A), Post Graduate Certificate in Public Sector Management, Graduate Certificate in Business Administration (Executive) from Mt Eliza Business School, is a member of the Australian Institute of Company Directors and is a graduate of Australia and New Zealand School of Government’s (ANZSOG) Executive Fellows Program.

Ian has been the Executive Director of the Northern Territory Geological Survey (NTGS) since 2006. In this role, he oversees the NT’s initiatives to grow the exploration sector, including the current Resourcing the Territory initiative.

Ian has a Bachelor of Science and PhD in geology from the University of Adelaide. Prior to joining NTGS, he spent time working in gold exploration and mining in the Tanami and Pine Creek regions.

Ian joined the NTGS in 1995 and worked as a regional mapping geologist based out of Alice Springs. From 1998‑2000, he undertook post‑doctoral research on Central Australian geology at the University of Leoben in Austria. After returning to the NT, he moved to Darwin to head up the survey’s geoscience programs before being appointed Executive Director. 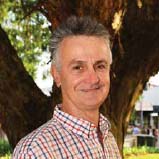 Armando’s role is primarily focused on achieving effective regulation of the NT’s mining sector through the development, review and implementation of key government reforms and mining policy initiatives.

Armando holds a Master of Science from the University of Adelaide and has experience in a range of senior executive management roles in his 24 years with the NT public sector. He has previously worked in South Australia, New South Wales and Western Australia. 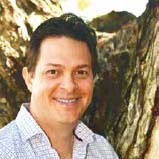 James provides strategic leadership and policy advice for the department’s implementation of the recommendations from the independent Scientific Inquiry into Hydraulic Fracturing of Onshore Unconventional Reservoirs in the Northern Territory. James also provides leadership oversight to the Energy Division.

James has substantial experience in providing policy, legislative and regulatory advice and undertaking community engagement practices. He has held a variety of executive roles within the government during his career with the NT public sector. 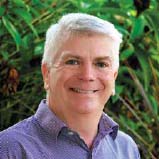 Ian’s principal responsibilities include leading the Fisheries Division to deliver strategic programs to enhance the sustainable development of the NT’s fisheries resources.

Ian has a Bachelor of Science in Ecology and more than 30 years of experience in federal and state governments across a range of policy and program areas, including more than 20 years of direct experience in the sustainable development of fisheries. 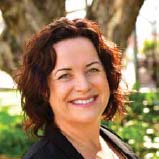 Sarah has a passion for preserving vital agricultural industries and Australia’s unique environment from exotic pests and disease. The Biosecurity and Animal Welfare Division works with industry, government and communities to ensure best‑practice biosecurity and animal welfare standards are adhered to in the NT, strengthening its reputation as a producer of clean, green produce.

Sarah holds a Bachelor of Science, majoring in Botany and Zoology, Honours in Freshwater Ecology and has completed post‑graduate studies in Epidemiology for Public Health. During her career, Sarah has worked on a number of emergency responses to incursions of exotic pests and pathogens across the biosecurity continuum, including leading the national eradication programs for red imported fire ants, electric ants, banana freckle and citrus canker. 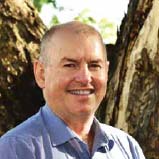 Phil is intimately involved in high‑level policy and strategic planning for the NT’s agricultural sector and brings a high level of practical experience to this role. Responsible for research, development and extension staff throughout the NT, Phil also oversees the department’s seven research facilities and four regional offices.

Phil is committed to developing the NT through the enormous opportunities presented in agriculture and focuses on building effective relationships and partnerships with stakeholders to achieve strong investment, development and environment outcomes. 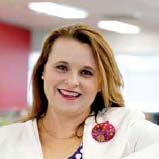 Karen was the Executive Director of Corporate Services and Governance Division at the department from August 2018 until March 2019.

Rick Bishop was the acting Executive Director Corporate Services and Governance Division from April to June 2019.

URL copied!
Back to top
URL: https://industry.nt.gov.au/publications/corporate/annual-reports/annual-report-2018-2019/our-department/senior-executive 8 August 2022, 7:32 am