The Territory grounded its support for the space industry 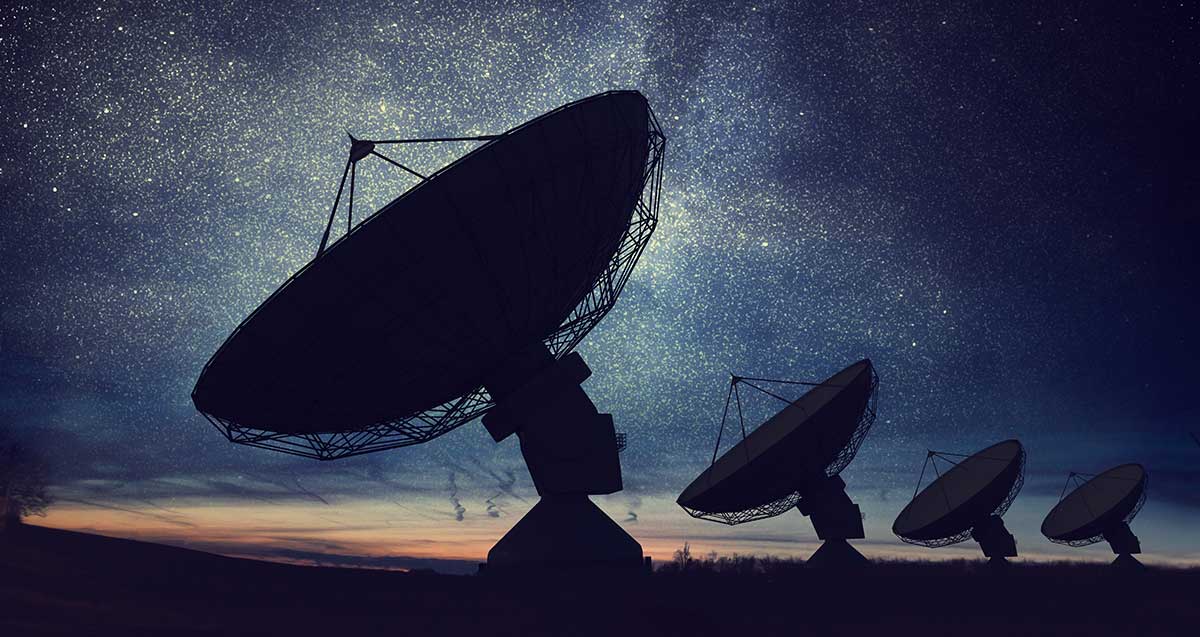 The Territory’s space industry capabilities have taken a step forward with the announcement that the Centre for Appropriate Technology (CfAT) is partnering with global communications company Viasat to develop a commercial satellite ground station in Alice Springs.

Read the media release on the Centre for Appropriate Technology website.

Expected to be operational by the end of 2019, the investment is worth approximately $6 million and demonstrates the potential for Central Australia and Aboriginal Australians to play a key role in the rapidly growing global space industry. Indigenous Business Australia is helping to finance the project and will also be providing commercial advice and support.

The facility will comprise two 7.3m satellite antenna (dishes) and a mini-data centre housing critical back-up and computer control systems. Under the terms of the agreement CfAT’s wholly owned subsidiary, CfAT Satellite Enterprises Pty Ltd, will build and own the facility and license its operation to Viasat. The commercial arrangement will provide another income stream for Aboriginal and Torres Strait Islander-owned CfAT to support its key focus of delivering essential infrastructure to remote Aboriginal communities.

CfAT has also been awarded the facilities management contract for the ground station that will result in employment opportunities in Alice Springs. It is expected that construction will generate four to five jobs for local contractors, one full-time-equivalent Aboriginal position in the operational phase, plus a number of ongoing service contracts for local companies.

CfAT’s Heath Road site is fast becoming a ground station infrastructure hub. Geoscience Australia also has a ground station on the site that is instrumental in securing Australia’s access to essential satellite data. It is one of three ground stations forming NASA’s global Landsat Ground Station Network, which provides valuable information on changes in land use over time, along with other environmental data. This data is used by the private sector, governments and educational institutions and contributes billions of dollars to Australia’s economy.

In March 2019 the Territory Government released Territory space industry 2020, a strategy that aims to grow the Territory’s space industry capabilities, connect Territory industry with the Australian and global space economy, and support the Territory economy to become ‘space enabled’. CfAT’s announcement shows the progress already being achieved in this exciting industry.

With clear skies for much of the year, significant amounts available land, low light pollution and limited noise interference, the Territory is well placed to host ground stations and other critical space industry infrastructure.

The Territory is ready to work with investors looking for the ideal location to host their space industry project. To find out what’s possible email industrydevelopment@nt.gov.au 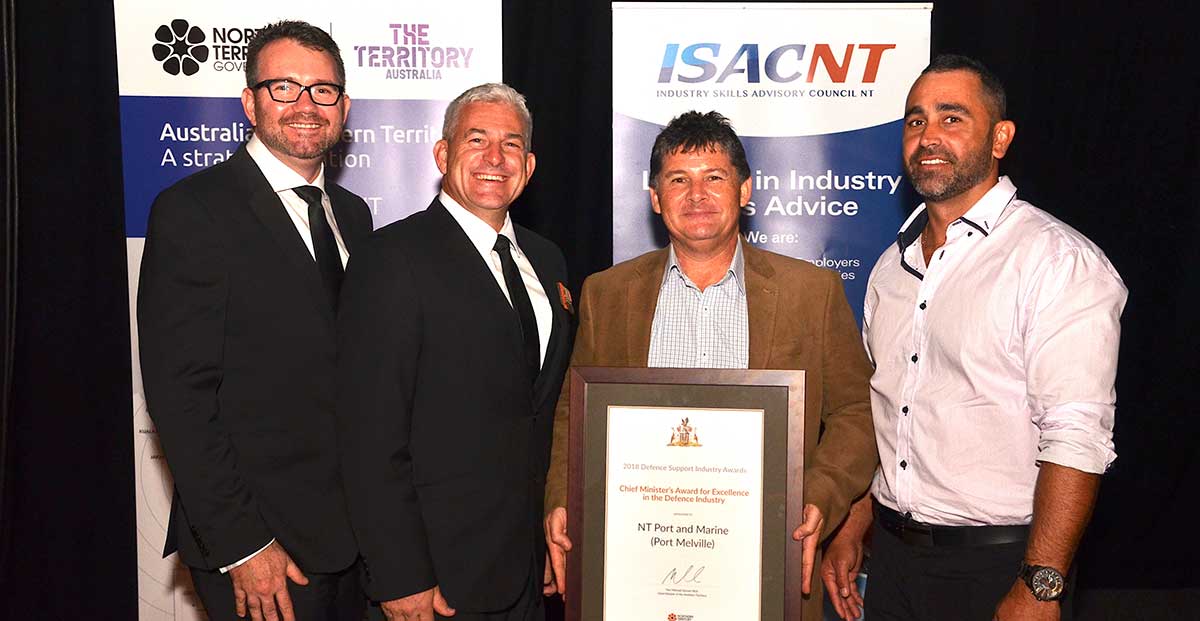 Caption: NT Port and Marine - winner of the Award for Excellence in the Defence Industry

Territory businesses that support our Army, Navy, Air Force and Border Force will be recognised in this year’s Defence Support Industry Awards.

The awards highlight and enhance the winners’ reputation locally and nationally, as a business that has made an outstanding achievement in helping to grow this important sector.

Last year Territory company NT Port and Marine won the Award for Excellence in the Defence Industry for its services to the Navy in support of their ongoing operations.

Evolving Workshop Technologies (EWT) was the winner of the AIDN-NT innovation award.

Australian Defence has expressed an interest in the new relocatable facility.

Nominations for the awards close on Tuesday 10 September 2019.

The awards will be announced at the AIDN-NT gala dinner in October.

For more information email ceo@aidnnt.com.au or go to the DefenceNT website.

Territory's a hit with education agents

The agents were among 400 delegates to gather in Darwin for ICEF-ANZA, the largest business to business event for international education, work, youth and student travel in Australia.

The familiarisation tour highlighted the Territory as a study destination and initiated business opportunities for education providers and local businesses. 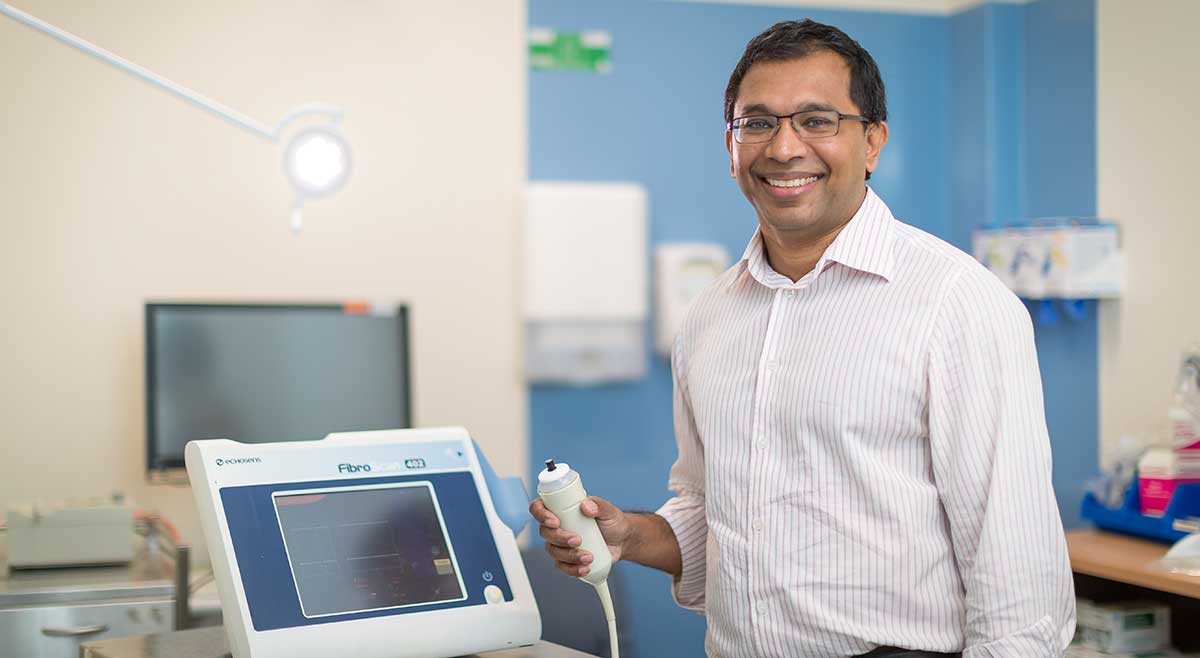 Local businesses implementing new and innovative products, process or technology are invited to nominate for this year’s NT Export and Industry Awards.

The awards seek out top exporters and leaders in industry across 20 categories.

The Industry Innovation Award recognises outstanding achievement by a local business that has successfully implemented an innovative product or service that will contribute to the growth of the Territory economy.

Gessit is developing HealthElink, a cloud-based chronic disease e-health platform that helps to increase the uptake of treatment for hepatitis C.

HealthElink is a communication tool for patients, their GP and specialists to create an individualised treatment plan, and manage patients with electronic referrals and prescriptions, patient scheduling and reminders.

Applications are now open until 16 August 2019.

To find out more or submit an application go to International Business Council web page or email shazelbane@chambernt.com.au

The three two-day workshops will be held with Associate Professor Raymond Lovett from the Australian National University (ANU).

The masterclasses are being developed collaboratively with Tangentyere’s Research Hub staff, the ANU and Menzies School of Health Research to align with the Aboriginal Researcher Mentoring Program.

Aboriginal researchers, who are studying for Certificate II in Community Health Research, are needed to carry out data collection and qualitative interviewing for research projects in their communities.

“Language-speaking Aboriginal researchers can face specific barriers in accessing appropriate training and professional development within the sector,” she says.

Ms Waters said the Aboriginal Workforce Grants from the Department of Trade, Business and Innovation enabled Tangentyere to develop and implement the accredited training in the Certificate II of Community Health Research in Central Australia alongside the non-accredited and workplace-based masterclasses.

The next round of grants opens on 1 July 2019. To register interest, email awg.dtbi@nt.gov.au