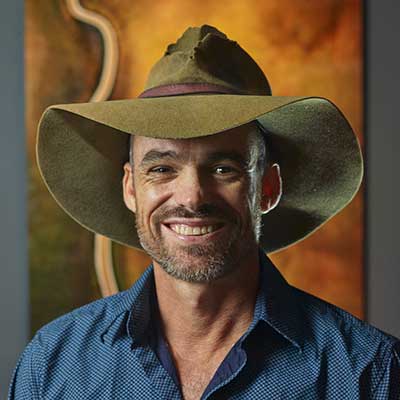 Paul Arnold has gone from selling photographs of Northern Territory landscapes at a street stall to a recognised artist with a swanky gallery in the heart of Darwin in 15 heady years.

He puts much of his success down to four Business Growth grants from the Northern Territory (NT) Government.

The money helped him get a business overview, total rebrand and start a digital marketing program.

“Without that help I wouldn’t be where I am today,” he says.

He says the business overview was critical.

“When you own a small business, it’s hard to step back and look at what you’re doing objectively. You try, of course, but you never really do it properly.

“It was a very eye-opening experience for me.

“The government grant helped me do that. Without that money I wouldn’t have been able to evolve and grow.”

Paul Arnold Gallery also benefited from the rebranding and is now developing a digital marketing strategy.

“All this is helping the company go to the next level.”

The Business Growth Program is for businesses, not-for-profit organisations and Aboriginal enterprises. 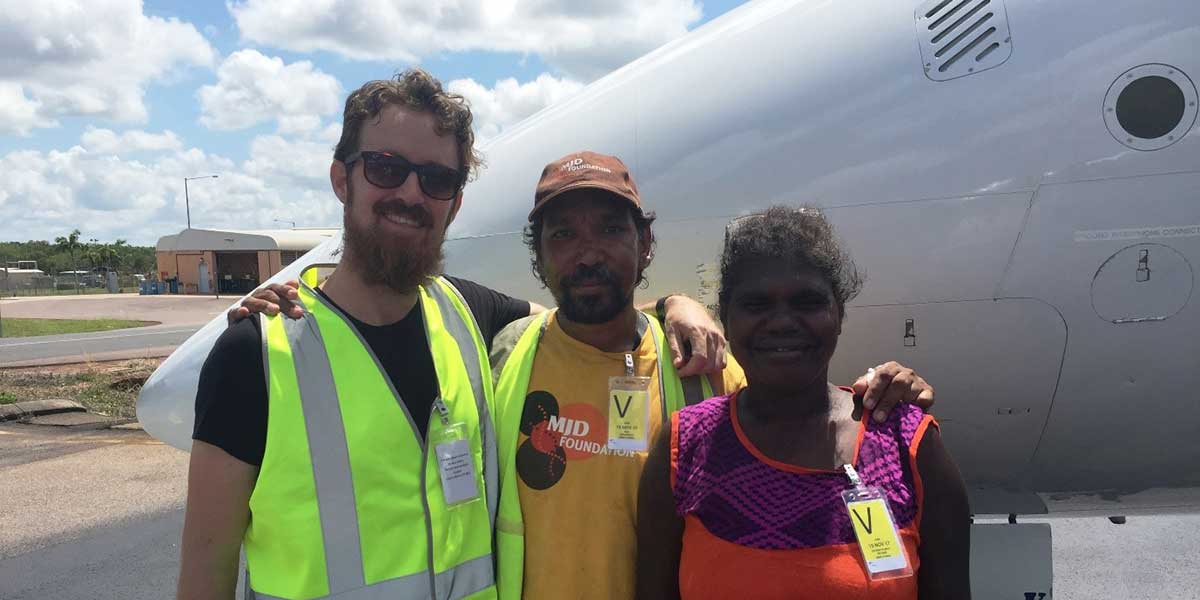 His partner and several members of his family live with MJD, a hereditary neuro-degenerative condition that progresses over time to a total lack of voluntary control and very significant permanent physical disability.

Elah works for the MJD Foundation, which provides comprehensive support for people and their families living with the disease, and carries out education and research – ‘providing hope for the future’.

As a community worker, Elah works alongside allied health professionals and interprets and translates Yolŋgu Matha to deliver support and rehabilitation programs to MJD families.

Northern Territory Government support under the Aboriginal Workforce Grants program is enabling the MJD Foundation to provide professional development and mentoring to its Aboriginal staff, including those living with MJD.

Elah has recently undertaken his first week of course work on the way to becoming a nationally accredited interpreter and translator.

It is a long-held dream of his to gain the qualifications for this important work.

Machado-Joseph Disease, previously known as Groote Eylandt Syndrome, was thought to have been brought to Arnhem Land by the Macassan traders from Indonesia, although more recent research findings in 2012 point to a direct link to China.

There are about 100 people living with MJD in the Territory and more than 650 Aboriginal people considered at risk of developing the disease. At-risk individuals have a parent with MJD, and have a 50% chance of having inherited the disease.

‘On country’ trips include hunting and fishing, and important rehabilitation, such as physiotherapy and speech therapy.

About 60% of the MJD Foundation’s staff and half the board is Aboriginal.

Aboriginal Workforce Grants support initiatives or projects that result in more Aboriginal Territorians entering employment and advancing their careers within the workplace.

The next round of grants opens on 1 July. To register interest, email awg.dtbi@nt.gov.au

Planning for the Territory’s future workforce - have your say

Supporting a skilled workforce by helping Territorians prepare for jobs of the future is the focus of a Territory Government discussion paper now open for comment.

The future world of work will include an increased emphasis on skills including advanced automation and robotics, artificial intelligence and machine learning, sensor technology and data analytics.

These skills will also need to be supported by essential skills including interpersonal and human intelligence, adaptability and resilience, critical thinking and resourcefulness.

The Territory Government is rolling out Territory Workforce 4.0 to help ensure the Territory is ready for changes to the world of work in the Fourth Industrial Revolution, known as Industry 4.0. It aims to address the impacts by targeting future trends and skills training needs and equipping the skills sector with the required infrastructure to provide future skills training

The Territory Workforce 4.0 discussion paper outlines support the workforce needs to grow and diversify the Territory’s economy, and is currently on the Have Your Say website.

Industry and the community are encouraged to provide feedback.

Industry 4.0 presents challenges and opportunities across all industries and sectors.

The Territory Workforce 4.0 package has a budget of $4.2 million per annum for two years and comprises of three programs:

This package is designed to complement the NT’s vocational education and training system and current suite of targeted and responsive programs.

StudyNT student ambassadors Clarice Campos and Julia Belisse met with a Brazilian business delegation of farmers and agronomists, coordinated by Austrade, on 3 June 2019.

Clarice said, “Meeting the delegation was a great opportunity to talk about Darwin and how much we’re enjoying studying and living here.” Julia also found out that she is from the same city as one of the delegates and they had a lot in common.

Ms Campos and Ms Belisse, both from Brazil, are studying, living and working in Darwin. Ms Belisse is studying a Diploma of Business with International House Darwin, while Ms Campos is studying a Master of Professional Accounting (Professional Practice) at Charles Darwin University.

“The delegates asked a lot of questions about Darwin and what it’s like to live here. It was interesting to find that their city (Mato Grosso) has pretty similar weather. Being able to present in Portuguese made the communication much easier.”

The delegation is visiting Darwin to investigate potential agribusiness investment opportunities in the Territory. Having StudyNT student ambassadors meet with business delegations when they visit Darwin enables delegates to meet with people from their home country and provides students with professional development opportunities - particularly developing their networking skills. Ms Campos and Ms Belisse highlighted the benefits of living, working and studying in Australia’s Northern Territory in their native language, Portuguese.