Taskforce to fight stock theft in the Northern Territory 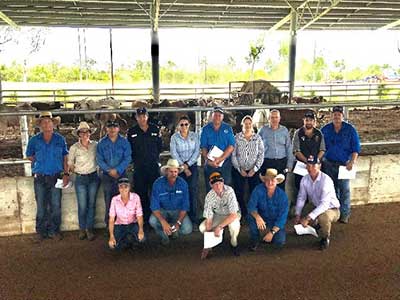 Caption: Taskforce Starlight has been established to combat stock theft in the Northern Territory.

Taskforce Starlight, established for an initial period 12 months, will consist of a planning team and strategic operations teams made up of veterinary officers, livestock biosecurity officers and NT Police, based in Katherine, Darwin, Adelaide River, Alice Springs and Tennant Creek.

As part of the Taskforce, eight NT Police have been appointed as inspectors under the Livestock Act 2008 with powers of investigation. A joint training program between NT Police and DITT Livestock Biosecurity was held in March 2021 to enhance investigation interoperability. Joint days of actions to target stock theft are also being planned across the NT.

The cattle industry is a big part of the NT’s economy and stock theft has serious impacts on pastoralists. Taskforce Starlight will work to investigate and solve stock-related crimes in the NT, hold action days and roll out an awareness program to improve reporting processes. The Livestock Act 2008 will also be reviewed to tighten legislative gaps to deter stock-related crimes.

Stock crime can be reported by ringing the NT Police hotline on 131 444.

For information on livestock biosecurity, go to the Northern Territory Government website.

Back to NT Rural Review - May 2021
Back to top
URL: https://industry.nt.gov.au/publications/primary-industry-publications/newsletters/regional-newsletters/rural-review/nt-rural-review-may-2021/taskforce-to-fight-stock-theft-in-the-northern-territory 28 January 2022, 12:48 am