If you’ve been watching the new ABC series, Muster Dogs, you might’ve caught a glimpse of some familiar looking landscapes or recognised the department’s mob of cattle.

The team at the Douglas Daly Research Farm hosted the television series stars and film crew for a few days in June for the series finale, including a birthday celebration for the kelpies.

Finding cattle that weren’t familiar with the 5 working dogs and a place to film that wasn’t impacted by COVID-19 saw the department’s research station suggested by expert trainer Neil McDonald.

The Douglas-Daly’s team pulled together a small mob of cattle for the final assessment in amongst branding and melon harvest at the farm.

If you haven’t followed the progress of the Top End’s Joni Hall and Chet, and the Douglas-Daly’s CJ and Spice, you can read more about the series on the ABC website.

If Joni Hall’s name seems familiar, it might be because you remember her from her days working for the department at Kidman Springs and AZRI!

All four episodes are available to binge online at ABC iView. 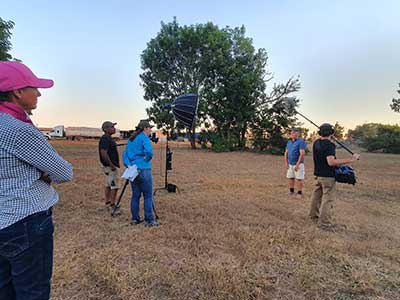 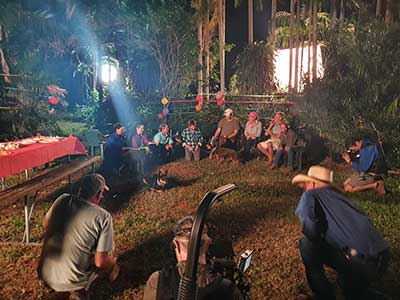 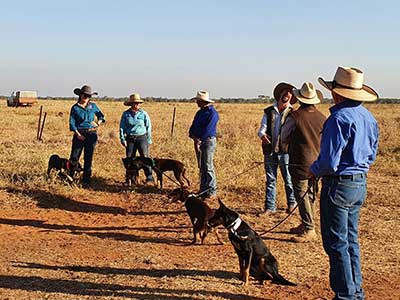 Back to NT Rural Review - February 2022
Back to top
URL: https://industry.nt.gov.au/publications/primary-industry-publications/newsletters/regional-newsletters/rural-review/nt-rural-review-february-2022/lights-camera-action-douglas-daly-research-farm-hits-the-small-screen 7 August 2022, 2:33 pm