Canine ehrlichiosis is a tick-borne disease of dogs, caused by infection with a bacterium called Ehrlichia canis. In Australia, dogs can be infected with E. canis after being bitten by an infected brown dog tick. E. canis occurs worldwide, particularly in tropical and subtropical regions.

The first detection of ehrlichiosis in Australia occurred in May 2020, and there have been cases detected in dogs across the Northern Territory (NT) since then. The red-shaded areas in figure 1 show the areas of Australia where there is a higher likelihood of exposure to brown dog ticks. 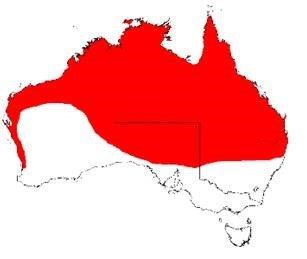 Some dogs become unwell one week to 3 weeks after an infected tick bite. Others show no signs early on, but become unwell months or years later. Dogs with ehrlichiosis have many different signs of disease (figure 2). They may have a fever, be lethargic and lose weight, even if well fed. Bleeding disorders include bloody noses, bleeding or bruising under the skin, or into the lungs, causing breathing difficulty. Large lymph nodes might be visible as lumps under the jaw, in front of the shoulders and in the back legs. Eye abnormalities including discharges and cloudy eyes are common. Many dogs are lame or stiff. Puffy swelling of the legs, groin and under the throat is common.

Ehrlichiosis is often treatable in the early stages, and a dog with any of these symptoms needs urgent veterinary attention. Unfortunately, the disease can be progressive in its later phases and can become an autoimmune disease, where the tissues that produce both red and white blood cells are attacked from within the dog’s body. When a dog has complete immune system failure because of ehrlichiosis, it is usually fatal, regardless of treatment efforts.

How do I protect my dog from infection?

There is no vaccine for ehrlichiosis.

At all times, use a registered product that both kills and repels ticks for dogs that live in, or are travelling through brown dog tick-infested areas of northern Australia. This is the best protection against tick attachment. Set automatic treatment reminders in your calendar so slow release products like tick collars are replaced and tablets are given at the correct intervals.

Tick populations tend to increase in hotter and wetter weather, so be aware of the possibility of increased tick numbers during the wet season. If you are travelling with your dog, take extra precautions against tick infestation in unfamiliar areas.

Check your dogs regularly for attached ticks and keep coats clipped short for increased tick visibility. Check new pups or dogs for ticks and remove or treat them with effective products before bringing them home. Use a pest controller to deal with tick infestations in and around your house. Consult your veterinarian for advice around the most suitable and effective products for individual situations. 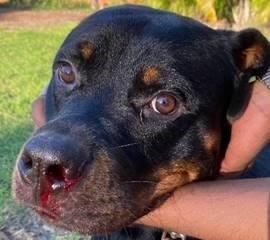 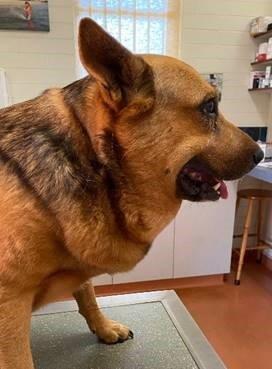 Go to the National pest and disease outbreaks website.

For more information about the ehrlichiosis disease in the NT, go to the Northern Territory Government website.

Back to NT Rural Review - February 2022
Back to top
URL: https://industry.nt.gov.au/publications/primary-industry-publications/newsletters/regional-newsletters/rural-review/nt-rural-review-february-2022/ehrlichiosis-beware-of-brown-dog-ticks 3 July 2022, 10:08 pm