A high-resolution cropland extent product for the Northern Territory

Identifying the land capable of being used to grow crops is important for regional and national level planning, import and export decision-making and policy decisions. The high-resolution cropland extent product is, for example, useful for preliminary understanding of agricultural croplands in terms of their spatial distribution patterns which can be employed to assess water availability and use.

Remotely sensed vegetation indices were used with artificial intelligence to identify the land capable of being used to grow crops in the Northern Territory (NT) (figure 1), taking into account local climate, topography, and vegetation cover. High-resolution time-series satellite sensor data were used, with ground data extracted from published literature. An overall accuracy of 85% was achieved on a ≤32 square metre resolution.

This work was carried out as part of the Cropping team’s work on a Cooperative Research Centre for Developing Northern Australia funded project on broadacre cropping. Northern Australia agriculture is regulated by environmental and economic conditions. Historically, no broadacre cropping in the NT has proven successful. Interest in developing a profitable farming system for the NT remains. Combining historical data with contemporary crop simulations, the project will set starting points for the development of NT broadacre cropping systems. The data gathered through the Cropping team’s recent work supports these efforts. 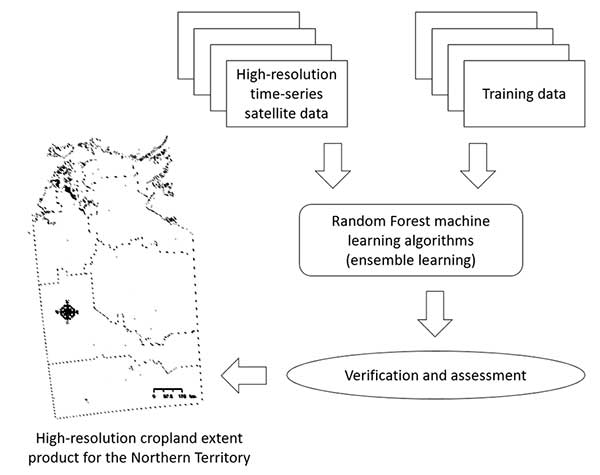 The land capable of being used to grow crops was found to be 0.24 million ha in the NT, with the regional ranking as follows (figure 2): 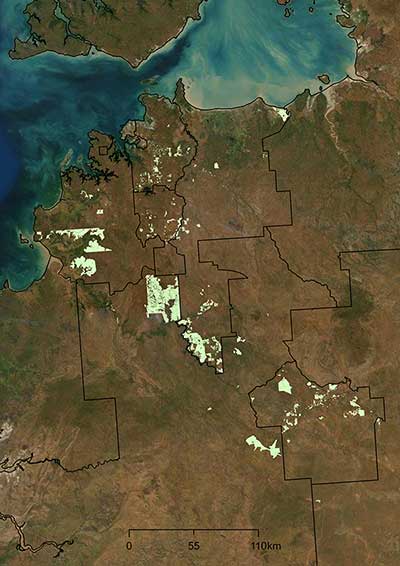 Back to NT Rural Review - February 2022
Back to top
URL: https://industry.nt.gov.au/publications/primary-industry-publications/newsletters/regional-newsletters/rural-review/nt-rural-review-february-2022/a-high-resolution-cropland-extent-product-for-the-northern-territory 8 August 2022, 12:56 am