There is interest in growing fodder under irrigation during the Top End Dry Season to supply live cattle export yards and cubing/pelleting plants with hay.

Tropical grasses generally do not grow well under irrigation during the cooler months of the year in the Top End of the Northern Territory. Sugargraze Forage sorghum (Sorghum sp) and Finecut Rhodes grass (Chloris gayana) have been shown to produce commercial yields of 25 to 35 tonnes per hectare per year at Douglas Daly Research Farm (DDRF). Both of these options for fodder production under irrigation have limitations. The Forage sorghum generally needs to be resown every year to maintain a productive stand. In the Top End, the Finecut Rhodes grass is not liked by cattle as a fodder, and it has a high tensile strength, which makes it difficult to grind and make into fodder cubes and pellets.

There are a number of other tropical grasses which have cold tolerance, and may be suitable as alternatives to Forage sorghum and Finecut Rhodes. The cool season growth of seven other tropical grasses is being compared with that of Finecut Rhodes at Coastal Plains Research Farm (CPRF) to select one or more cultivars which have equivalent or better cool season growth and/or better acceptance by cattle and better grinding characteristics.

Seven of the grasses were sown by seed in December 2014. The eighth grass, Strickland Finger grass, was planted by runners in February 2015. The grasses planted and the first year’s yield results are presented in Table 1 (below). The establishment was good except for the Premier Digit grass which was attacked by Crab grass leaf beetle larvae. While Strickland finger grass and Premier digit yields were lower overall, the yields were similar for all of the grasses at the final harvest

The trail continued this year to get a full dry season’s results. Samples from each harvest will be submitted for nutrient and quality analysis.

The plots were cut and cleared off on 23 February 2016, then fertilised. The irrigation was turned on to water the fertiliser in, and left turned on because of the low rainfall wet season. Results to date for 2016 are presented in Table 2 (below).

Table 2. Second year yield results.  *Splenda setaria yield was reduced because it was set back when the plots were sprayed for broadleaf control with metsulfuron methyl/2,4-D amine

At the clearing cut, the site was dry. Nucal clearly had the best yield, estimated at 5 tonnes/ha, with the rest about the same yield except for the 2 Digitarias, which were slightly lower.

The Rhodes grasses lost an estimated 10 to 15% of plants following this clearing cut. There was no apparent mortality in the other five grasses.

Please note that the dry matter yields presented here are at 0% moisture. Hay generally is about 12% moisture, so hay yields would be that much higher. 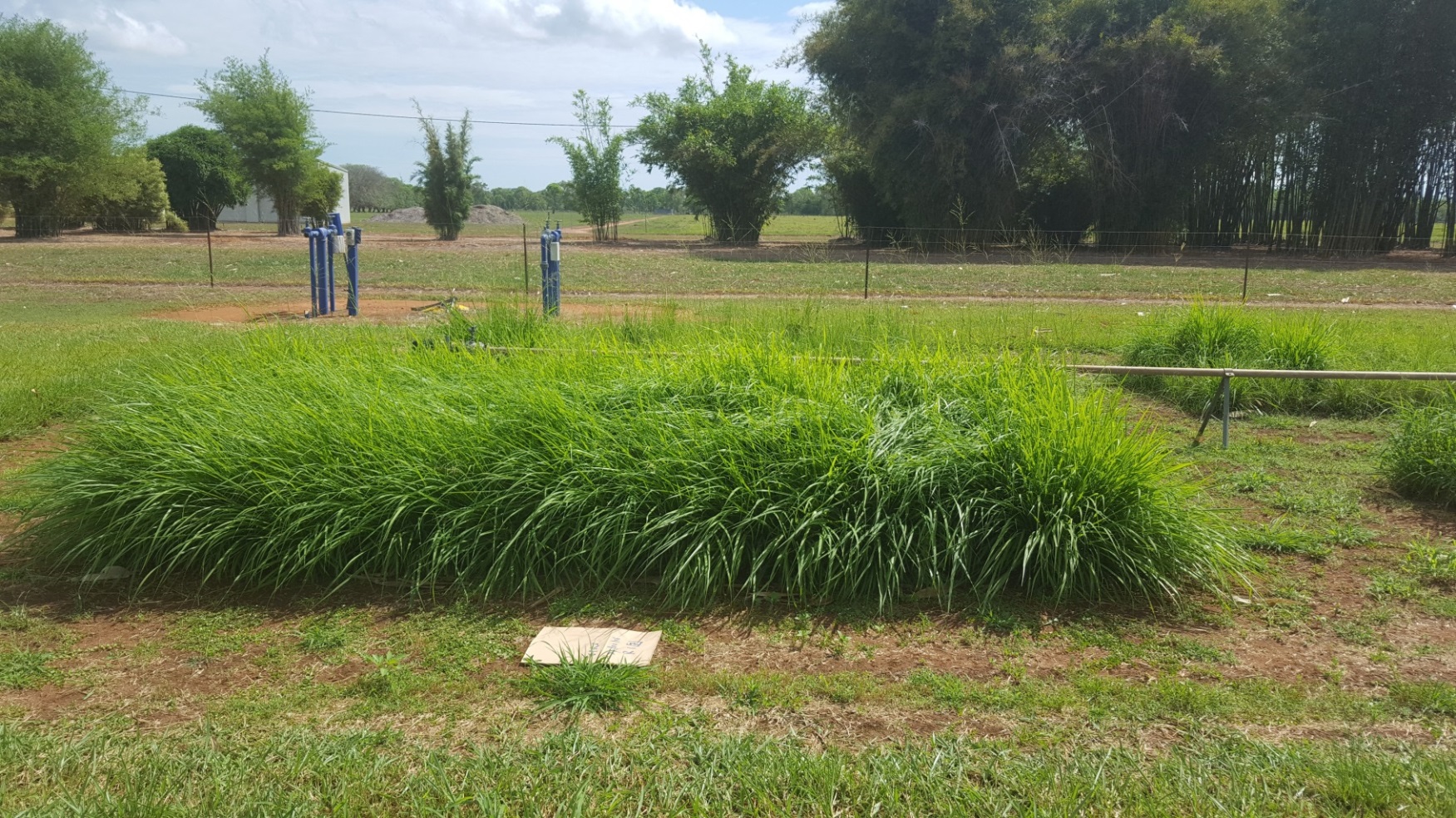 At the harvest on 13 September, some of the grasses were displaying symptoms of potassium deficiency, so the potassium application for the final period was doubled.

At the final harvest it was noticeable that the plant populations in most of the Rhodes grass plots and in the Gatton panic had declined. This is reflected in the yields from the final harvest.

The two-year total yield is presented in the Table 3 (below).

Overall, the yields of all the grasses were satisfactory. The annual yield for 2016 was five tonnes lower than 2015. This was because the first cut in 2016 was only a clearing cut, as the trial was not fertilised but managed to produce a hay cut by February. The highest yield was Nucal panic at 58 tonnes followed by Reclaimer Rhodes at 54 tonnes.

URL copied!
Back to top
URL: https://industry.nt.gov.au/publications/primary-industry-publications/newsletters/regional-newsletters/archived-newsletters/tp/top-paddock-december-2016/cool-season-production-of-tropical-grasses 26 September 2022, 6:39 am