The disease occurs in northern Australia and along the eastern seaboard south and can extend to the New South Wales–Victoria border. Animals can be affected in the wet and dry season, but colder temperatures usually restrict the vector. There were outbreaks in July 2016 on properties in the Darwin region. 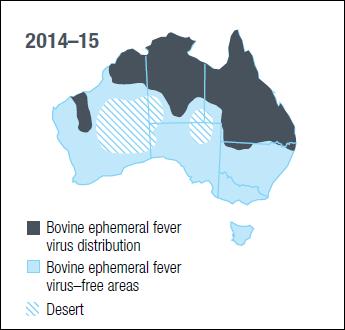 Three day sickness is more likely to occur in:

Clinical signs that would lead producers to suspect three day sickness include the following:

Note: Heavier and older animals are more severely affected because long periods of recumbency leads to muscle damage. Contact your private or government veterinarians or livestock biosecurity officer to report the sick animals and arrange collection of blood samples for diagnosis at Berrimah Veterinary Laboratory. 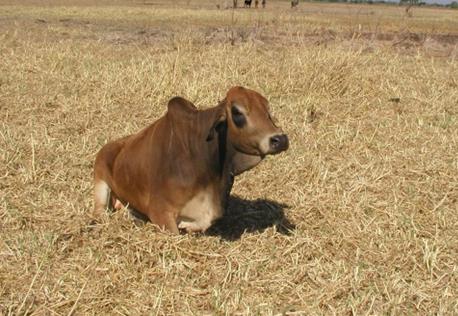 Stock affected by three day sickness will generally recover within three to four days. Stock should be supplied with feed, water and shade until they recover and are to be positioned so they are resting on their brisket to prevent lung infections. Heavy animals should be rotated from side-to-side to prevent paralysis and pneumonia. Anti-inflammatory medications can assist with symptoms.

The only prevention strategy available for three day sickness is vaccination. To achieve immunity to three day sickness, stock need to receive two doses of the vaccine. The second dose should be given two to four weeks after the initial dose. Immunity is not achieved if stock receive only one dose. This vaccine can be sourced only through a veterinarian.