The Territory shines bright at training’s night of nights 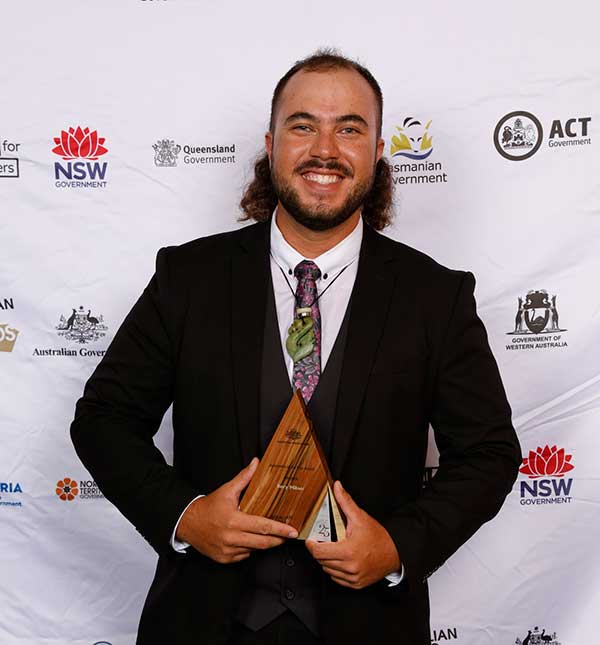 Caption: Rory Milner, the 2020 Apprentice of the Year.

Territorian, Rory Milner, has been crowned Apprentice of the Year at the Australian Training Awards 2019 held in Brisbane last week.

“Undertaking and completing my carpentry apprenticeship has changed my life for the better, as it has definitely changed my life's trajectory,” Rory said.

Once enrolled in his apprenticeship, Rory didn’t let anything get in the way of him reaching his goal, finishing his apprenticeship with one year to spare. Rory also won the Master Builders Apprentice of the Year award in 2018 at both Northern Territory (NT) and national levels.

Alice Springs local, Jack Short, was named Runner-up Trainee of the Year. Beginning with a school-based traineeship while completing year 12, Jack went on to study a Certificate III traineeship in Information, Digital Media and Technology and now plans to study a Certificate IV in Information Technology to further develop his skills in the industry.

Continuing the accolades for the NT, vocational education and training (VET) teacher, Judith McKay, received the National Achievement Award which recognises outstanding and distinguished service and contribution to the national VET sector.

The Australian Training Awards is the peak national awards event for the VET sector, recognising and rewarding organisations, businesses and individuals for their outstanding contribution to skilling Australia.

3D technology to be deployed by Royal Australian Navy 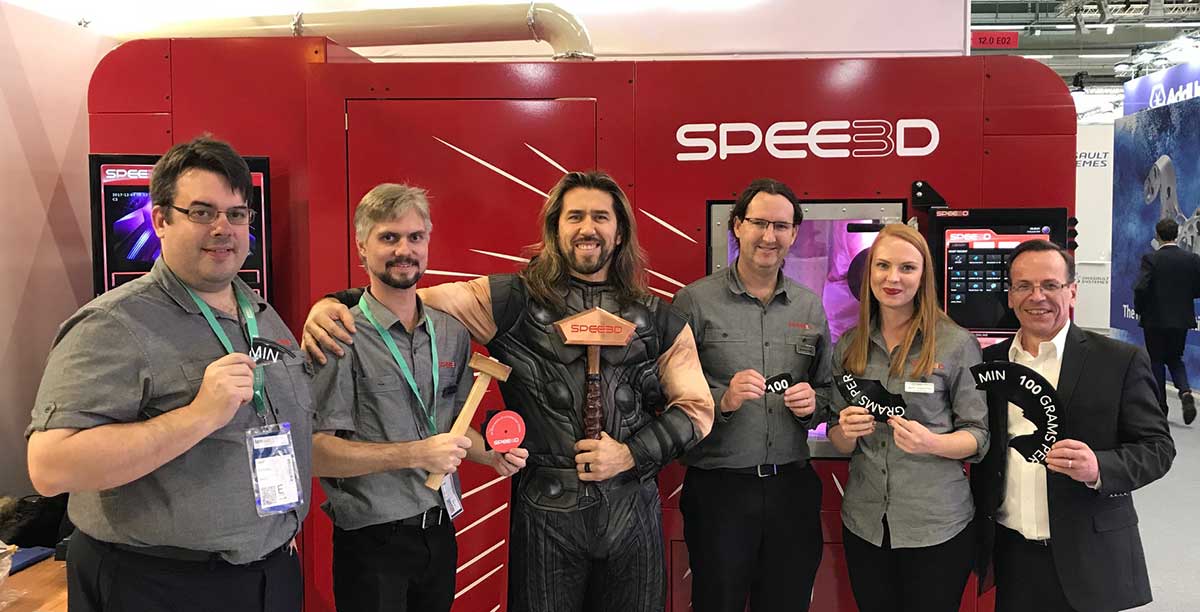 Cutting edge 3D printing technology developed in Darwin, will be deployed by the Royal Australian Navy in a world-first trial that will streamline the maintenance of patrol vessels.

SPEE3D, an Australian award-winning manufacturer of metal-based additive manufacturing technology, have partnered with the Advanced Manufacturing Alliance and Charles Darwin University to deliver the program.

The Australian Government is investing $1.5 million into a two‑year pilot of SPEE3D technology for the Royal Australian Navy including the deployment of a WarpSPEE3D 3D metal printer.

SPEE3D printers make metal parts the fastest way possible, leveraging metal cold spray technology to produce industrial quality metal parts in just minutes, rather than days or weeks. This process harnesses the power of kinetic energy, rather than relying on high-power lasers and expensive gasses, allowing 3D metal printing in the field or at sea, at affordable costs.

The innovative program aims to significantly increase parts available to the Navy compared to what the regular supply chain can provide.

The 100th shipment of liquefied natural gas (LNG) from INPEX-operated Ichthys LNG departed Darwin’s Arafura Sea this month on the Pacific Arcadia carrier, on route to China / customers in Asia.

An important milestone for operators INPEX, the Ichthys LNG onshore processing facility has successfully exported 100 LNG, 24 liquefied petroleum gas and 46 condensate cargoes since the project completed the construction phase and moved into operational mode in October 2018.

INPEX President Director Australia, Hitoshi Okawa said, “Reaching the 100th LNG cargo milestone is a credit to our workforce and reinforces our position as a safe, reliable and efficient energy supplier.”

Ichthys LNG is one of the largest and most complex energy developments in the world and represents the single largest overseas investment by a Japanese company.

To date, the project has created more than 11,000 local job opportunities during the construction phase, and awarded contracts to over 1,150 local businesses, of which, more than 60 were Aboriginal and Torres Strait Islander businesses.

Currently, around 350 people work at the facility each day, with an estimated economic output of $4.5 billion per annum.

This achievement paves the way for future industry confidence in the Northern Territory, with a number of large investment projects on the horizon such as the Clean Fuels processing plant, Coogee Chemical’s proposed methanol plant and the Kittyhawk micro LNG project, which collectively, is estimated to create 1,500 jobs during construction and 530 ongoing.

To read the full INPEX media release, go to the INPEX website. 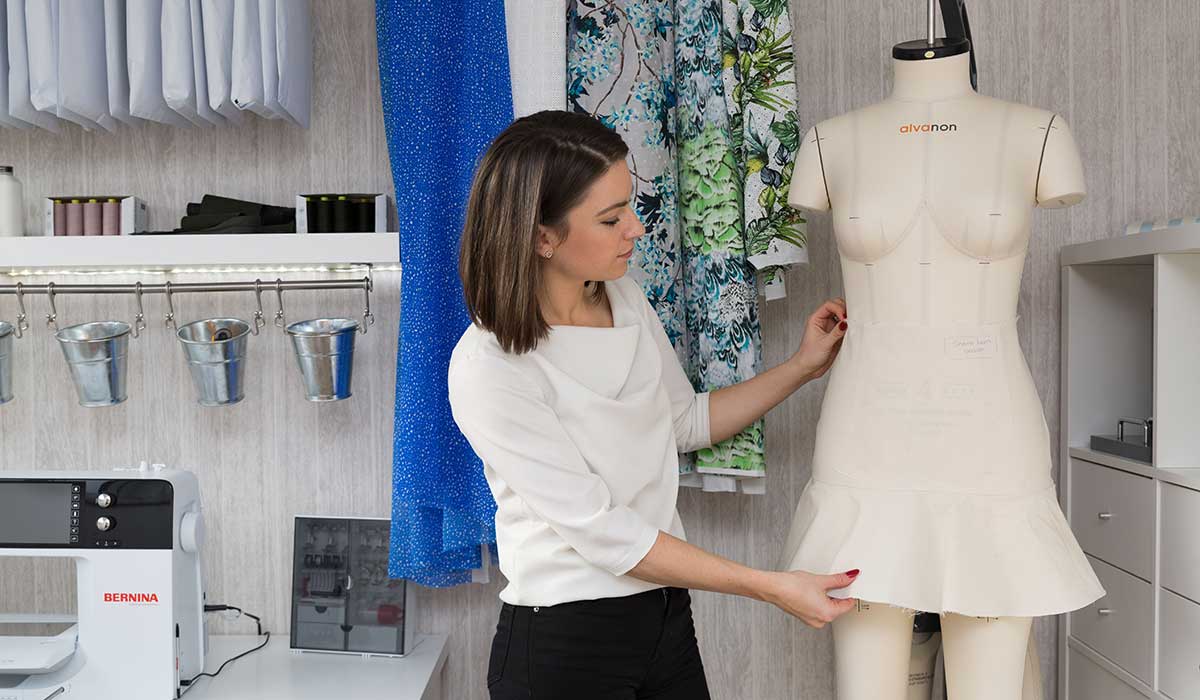 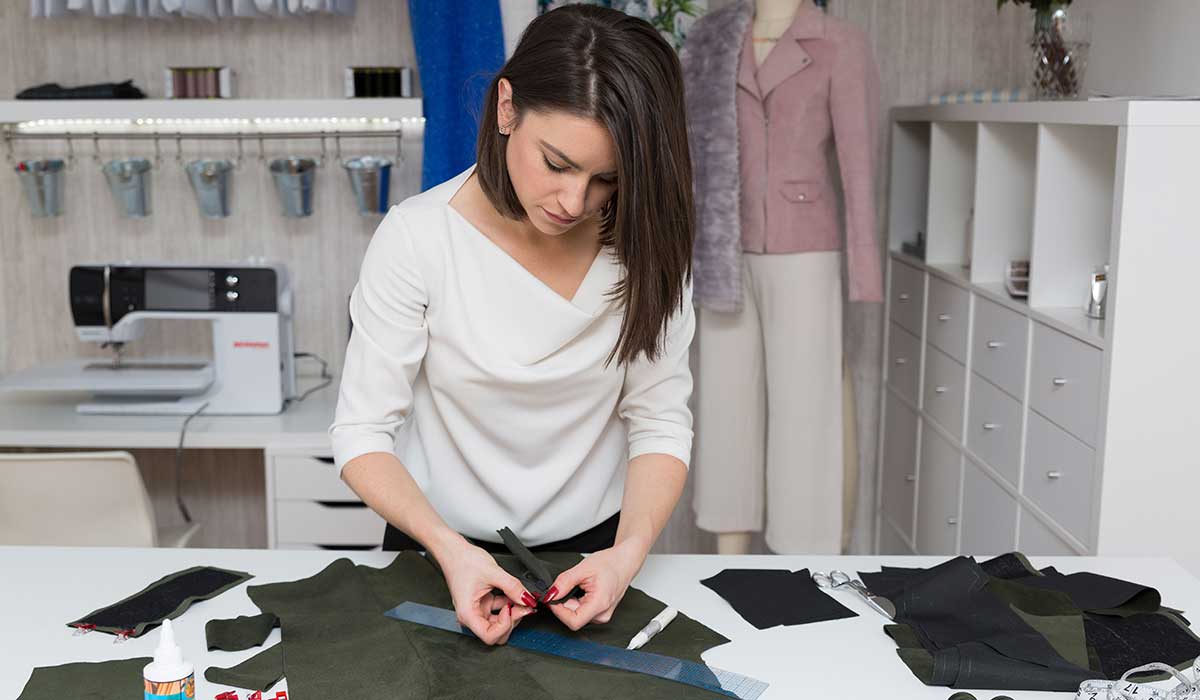 New Territorian Aneka Truman is delighted that the ancient art of sewing - a skill at least 20,000 years old - is making a dramatic comeback.

“It’s quite trendy nowadays,” she says.

Aneka, who moved to Darwin with her husband Nick last December, runs a company called Made to Sew.

She teaches sewing, dressmaking and tailoring classes, online and in person, runs a YouTube channel with 240,000 subscribers and sells dressmaking patterns.

Aneka’s expertise is in big demand - she has just returned from a teaching tour to Britain and America, and has big plans to expand her business in the new year by offering online services to her global customers and opening a studio in Darwin city centre.

“An increasing number of people want to learn how to sew,” she says. “I have women and men of all ages coming to me for lessons because they weren’t taught by their parents or at school.

“People gain enormous pleasure from making their own clothes. They can choose the pattern, material and colour to create something unique - and, most importantly, make garments that fit.”

After attending an OBM talk called the Significance of Indigenous Textiles to the Economy, she began formulating plans to use Aboriginal designs on textiles in the dressmaking kits that she sells.

“I met individuals at the meeting that I was able to collaborate with.”

Aneka gained a degree from London College of Fashion and worked in the fashion industries in Belgium and the United Kingdom (UK).

She began her business career with a fashion label but learned quickly that business wasn’t always going to be easy after a London company tried to take her to court for trademark infringement.

“It was time to adapt,” she says. “I lost a lot fighting the trademark, and I had too much money tied up in branded stock.

“So I started teaching tailoring classes to bring in extra money.

“It is hard to believe I now run a global business teaching people how to sew.”

The couple moved to Australia after Nick got a transfer as an air traffic controller from the Royal Air Force to the RAAF.

“After the job offer, we visited Australia to see where we wanted to live. We chose Darwin - because it was different to our life in the UK.

“We weren’t moving across the world to have the same life.”

A new payment option is being introduced for senior Territorians

Does your business provide travel, fuel or accommodation for seniors?

The Northern Territory (NT) Seniors Recognition Scheme is introducing a prepaid card offering greater flexibility and choice to members in how they spend their annual $500 payment. The scheme has over 14,400 members.

NT businesses that provide travel, accommodation and fuel distribution (service stations and automated fuel dispensers) may be able to accept the new prepaid card for payment of the approved goods and services.

Businesses who provide goods and services in the approved merchant categories will be able to accept the prepaid cards automatically.

Businesses that provide the approved goods and services of travel, accommodation, fuel distribution that is not assigned to the approved merchant category can apply online to be listed.

For further information, contact the NT Concession and Recognition Unit at ntconcessionandrecognition@nt.gov.au 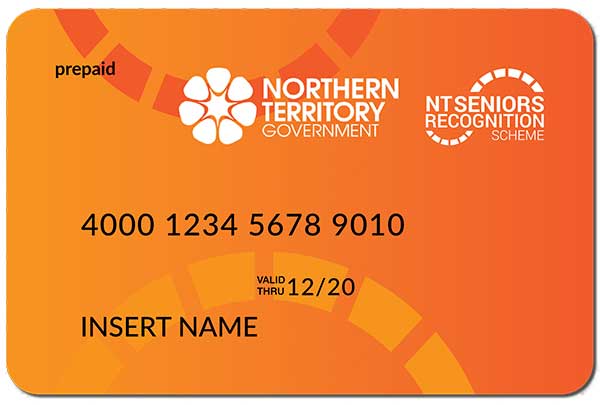