Ship lift to be built in Darwin 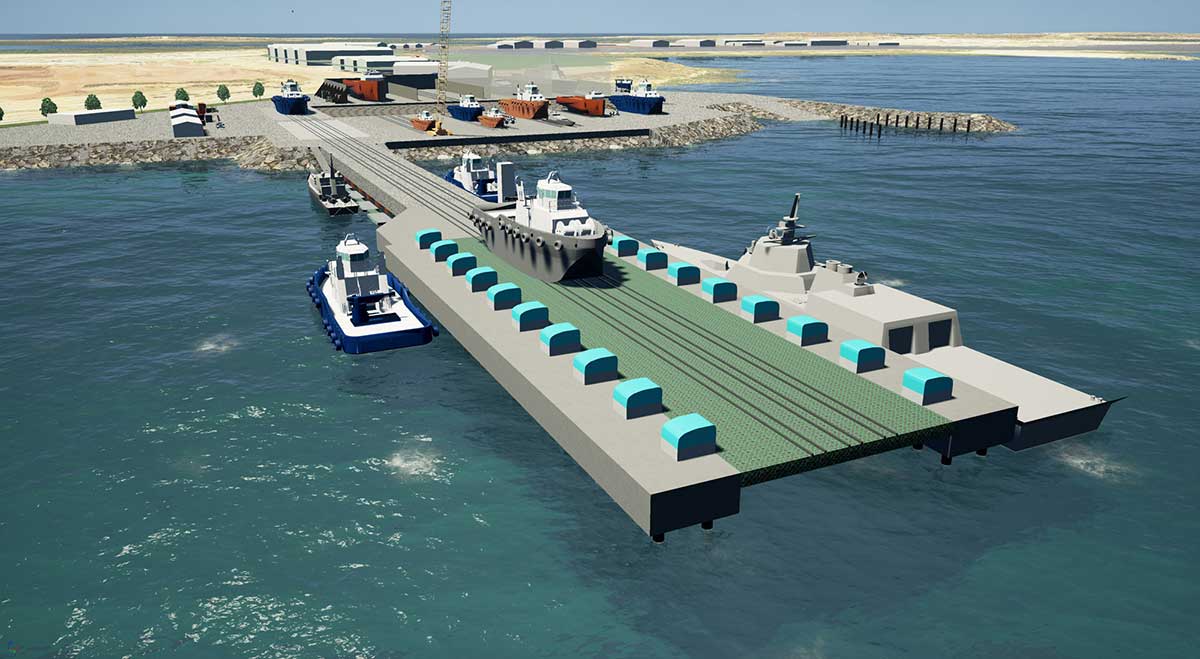 The Territory Government will deliver the largest ship lift in northern Australia in Darwin to position the Territory as a major hub in the marine services industry.

The ship lift will enable the Territory to meet the maritime support needs of the defence sector and maritime industry as well as the Australian Government’s Border Force, supporting local jobs and economic growth in the Territory.

A ship lift is used to lift vessels out of the water so they can be serviced, repaired or stored, including for safety during cyclones.

The 103m ship lift will be capable of servicing large vessels from industries including offshore petroleum, fishing, pearling, Defence and Border Force.

Territory-owned and headquartered Paspaley Group is partnering with the Territory Government in the $400 million project.

Hundreds of jobs will be created in construction and supported in ongoing operations of the ship lift. The facility is expected to add $260 million to the Territory economy each year once operational.

The agreement between the Territory and Paspaley will result in the ship lift constructed on Territory Government-owned land, operated by Paspaley under a 10-year renewable agreement.

The Paspaley Group own and maintain a large fleet of vessels, with many sailing in and out of Darwin harbour on a regular basis. The vessels currently maintained in Darwin will help ensure the ongoing viability of the ship lift, as the anchor tenant for the facility.

The facility will operate on a commercial basis with access available to all customers. The independent Utilities Commission will oversee pricing and access.

Key design features of the ship lift include:

The facility will dry dock and launch vessels. Up to 150 vessels are expected to use the ship lift every year.

Darwin is the only functional deep water harbour in northern Australia, further emphasising the critical need for this infrastructure. Without this facility large vessels travel 10 days to be serviced in another town.

The next steps are the finalisation of a project development agreement with Paspaley Group and attaining all relevant environmental approvals.

It’s expected an engineering, design and construction contract will be awarded in late 2020.

Construction is anticipated to take two years, enabling the facility to be operating in early 2023.