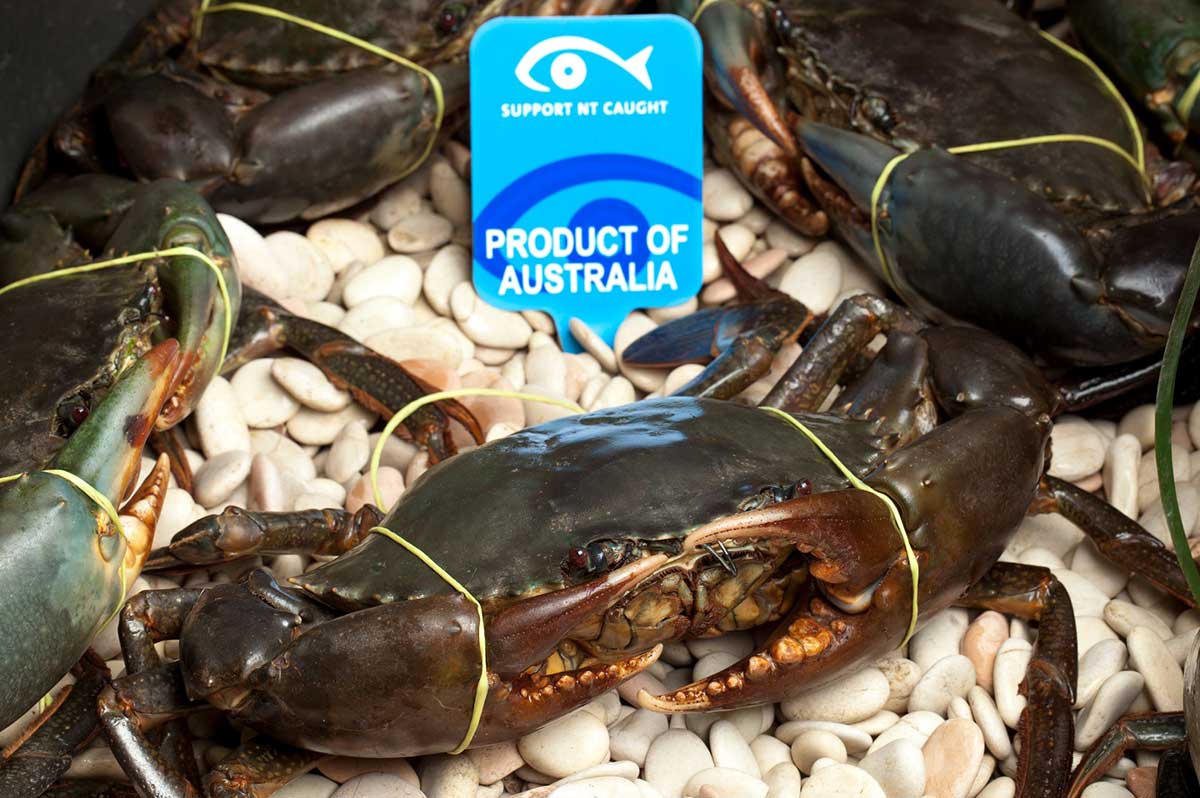 Easter is one of the most popular times to purchase seafood, and Territorians are known for their love of local seafood.

“In the lead up to the Easter long weekend it is certainly hectic for the seafood industry and fishers and retailers work hard to ensure local seafood can be enjoyed by everyone,” said Northern Territory Seafood Council chairman Daniel Kimberley.

“NT Seafood Council encourages Territorians this Easter to plate up some amazing local seafood as part of their celebrations.

“We are spoilt for choice here in the Territory when it comes to the selection of locally-caught quality produce and it is comforting that so many Territorians prefer NT seafood and actively ask to go local.”

“The Territory has some of the most sustainable and well-managed fisheries in the world, and we are renowned for the quality of our seafood, caught in pristine local waters,” said Minister for Primary Industry and Resources, Paul Kirby.

“Commercial fishing ensures there is fresh seafood available for Territorians and is also an important part of our local economy, supporting small businesses and jobs.”

To find out where to buy local go to the Northern Territory Seafood Council website. 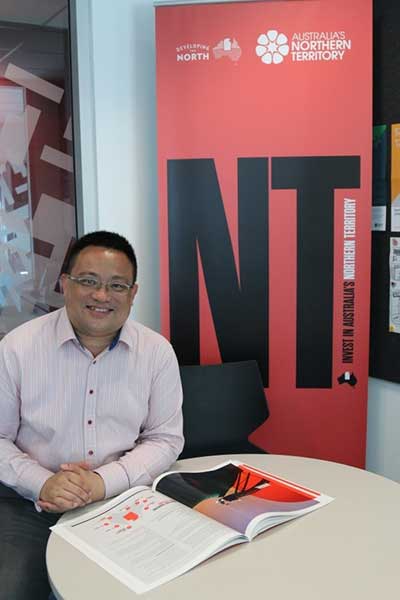 Territory businesses wanting to know more about Asian tourism and agribusiness markets and how they can become export ready, are encouraged to register for the Business Engagement Program.

The Business Engagement Program will run alongside the Arafura Games and will showcase Territory opportunities in trade and investment.

The program will encourage international and national investment in the Territory by developing and strengthening trade and investment relationships with our neighbours across the Asia Pacific region.

Mr Anthony Cheng, Director of NT Trade and Investment based in Singapore, said Asia is emerging as the world’s centre of activity in particular when it comes to tourism and agribusiness and is right on our doorstep.

“With increasing affluence, comes an increasing appetite for activities such as angling, birding, glamping, mountain biking and ultra-marathons. These are niche offerings the Territory should consider,” he said.

There will be a number of events tailored specifically to Territory small and medium businesses, on exports and learning more about the Asian tourism and agribusiness markets.

Mr Cheng encouraged Northern Territory local operators to attend these sessions, to gain a deeper understanding of consumer behaviour and how to reach new markets.

“These increasingly discerning consumers and travellers are leveraging digital platforms to evaluate, transact and promote new, unique and exceptional experiences.

Mr Cheng will be in Darwin from 30 April to 2 May 2019 and is also available for one-on-one meetings to provide in-market insights specific to your business.

If you’d like to book an appointment with Mr Cheng when he is in Darwin please email wayne.fan@nt.gov.au for more information.

The Business Engagement Program will run from the 27 April to the 4 May 2019.

Local businesses are encouraged to register their interest to attend. View the full program of events at Business Engagement Program. 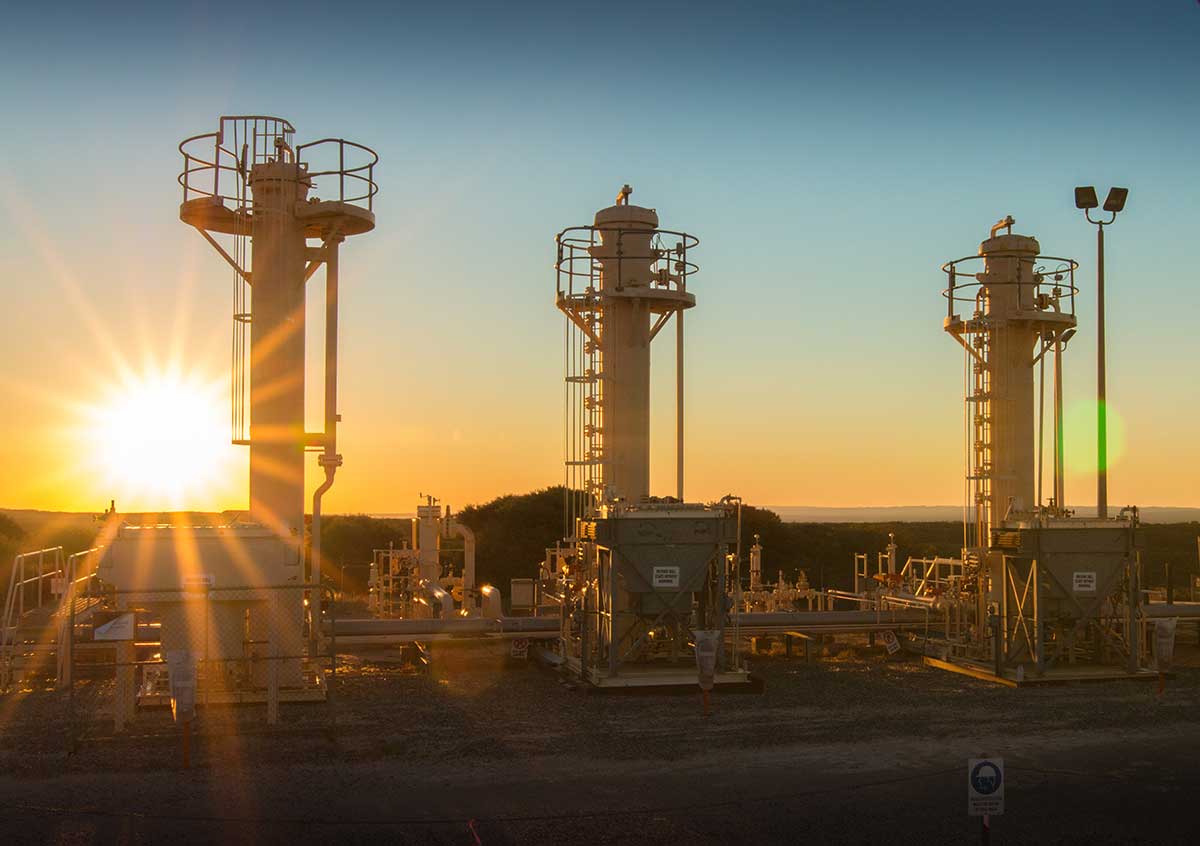 The standards and expectations for petroleum companies wanting to operate in the Northern Territory (NT) have been outlined in a draft code of practice which have been released for public comment.

The draft code of practice for onshore petroleum activity in the NT stipulates how petroleum companies should undertake exploration activities while protecting ecological values, lifestyles, cultures and existing jobs and industries.

The NT Government committed to developing an enforceable code of practice as part of the implementation of the 135 recommendations from the Independent Scientific Inquiry into Hydraulic Fracturing in the Northern Territory.

The draft code of practice was developed by technical working groups of NT Government regulatory inspectors and engineers and CSIRO scientific staff. The requirement for the code of practice to be enforceable has been empowered by amendments to the Petroleum Act.

The code of practice will apply to activities involved in both conventional and unconventional petroleum exploration, appraisal, development and production and ancillary activities in the NT.

Petroleum companies operating in the NT will be required under the code of practice to, among other things, develop and implement well integrity management systems and plans, adopt international standards that reduce the risk of upstream methane emissions during exploration and production, and consult with the NT Government, landholders, land councils, local government and local communities around setback distances from community infrastructure.

“Over the past six months, working under the direction of the NT Government, we have collaborated with policy makers, industry representatives, and CSIRO’s own technical experts to develop a code of practice that addresses the relevant recommendations from the Independent Scientific Inquiry into Hydraulic Fracturing.

“The code of practice draws on similar regulatory instruments in other jurisdictions, NT Government policy and the Independent Scientific Inquiry into Hydraulic Fracturing’s final report. With input from a range of stakeholders, CSIRO has helped develop the code of practice in a manner that is technically sound and pragmatic.”

The finalised code of practice will be adopted under the Petroleum (Environment) Regulations prior to environmental approvals for onshore exploration activities involving drilling of petroleum wells or hydraulic fracturing recommencing. 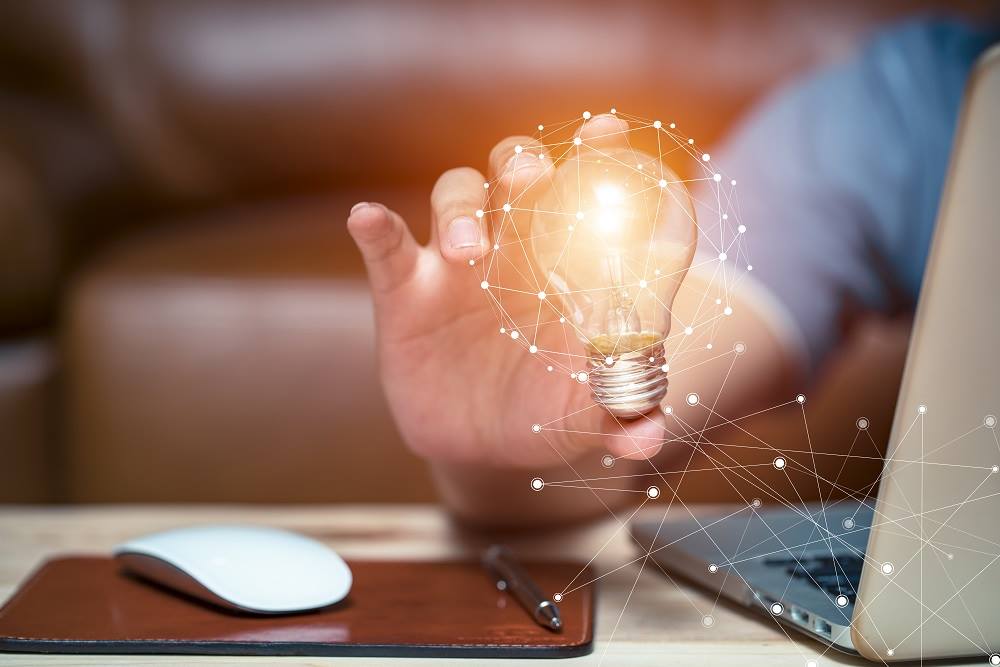 Four Territory entrepreneurs and small businesses have received support under the Business Innovation Support Initiatives (BISI) program to take their innovative ideas to the next stage.

Entrepreneur, Amy Page received a BISI grant for her product Belly Bunker, an inflatable bed allowing pregnant woman to lay on their tummy to experience many health and leisure benefits for mother and baby.

The BISI grant will now help Amy refine the design, add new features and reach new markets for her product.

“Even though you have brought a great idea to life, nobody is going to know about it unless you get it marketed which can cost a bucket load… and for most of us there’s only so much family funds you can spare.”

“BISI has made this possible at rate I could only dream of, I’ll be able to travel nationally to speak to leading health professionals and put this product front and centre at all major expos,” she said.

The Business Innovation Support Initiatives program is open all year round, and provides up to 60% support for eligible projects. Each voucher is up to $25,000.

For more information about the support available to get your innovative business idea off the ground go to the Innovation website. 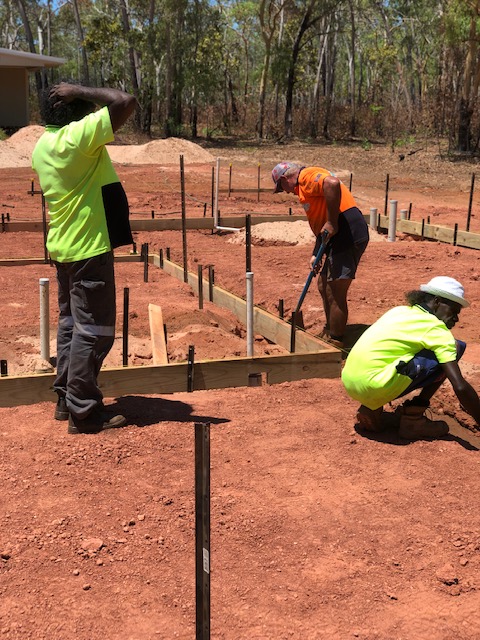 A project to deliver new and upgrading housing for Umbakumba and Angurugu is creating jobs and training opportunities for Groote Eylandt locals.

Under the Northern Territory Government’s remote housing program 22 homes have been built at Angurugu.

Upgrade works on 46 homes are now complete. Further, 20 homes will be extended and refurbished at Groote Eylandt’s biggest community as part of the Room to Breathe program which aims to alleviate overcrowding and improve living conditions.

Across the island at Umbakumba, 22 homes have been fully upgraded with another two nearing completion and works on three others to follow.

Five new builds are complete and planning is underway for Room to Breathe works on 22 homes.

Most of the housing work has been completed by Aminjarrinja Aboriginal Corporation which employs eight Groote Eylandt locals, including two carpentry apprentices and six trainees.

Aminjarrinja Enterprises Aboriginal Corporation Business Manager, Roger Holman said, “This work has not only meant better housing here on Groote Eylandt but the job opportunities have meant that we have been able to employ locals on a full-time basis.

“Our workers have developed a range of skills and are enthusiastic about making a contribution to their own community. We are especially proud to have apprentices on the books because it offers them sustainable career opportunities.

“The Northern Territory Government’s commitment to its local decision making strategy means residents are having a say in the development and direction of their communities and that’s made a big difference to everyone here.”

To find out more about the Room to Breathe program go to Our Community. Our Future. Our Homes. website.