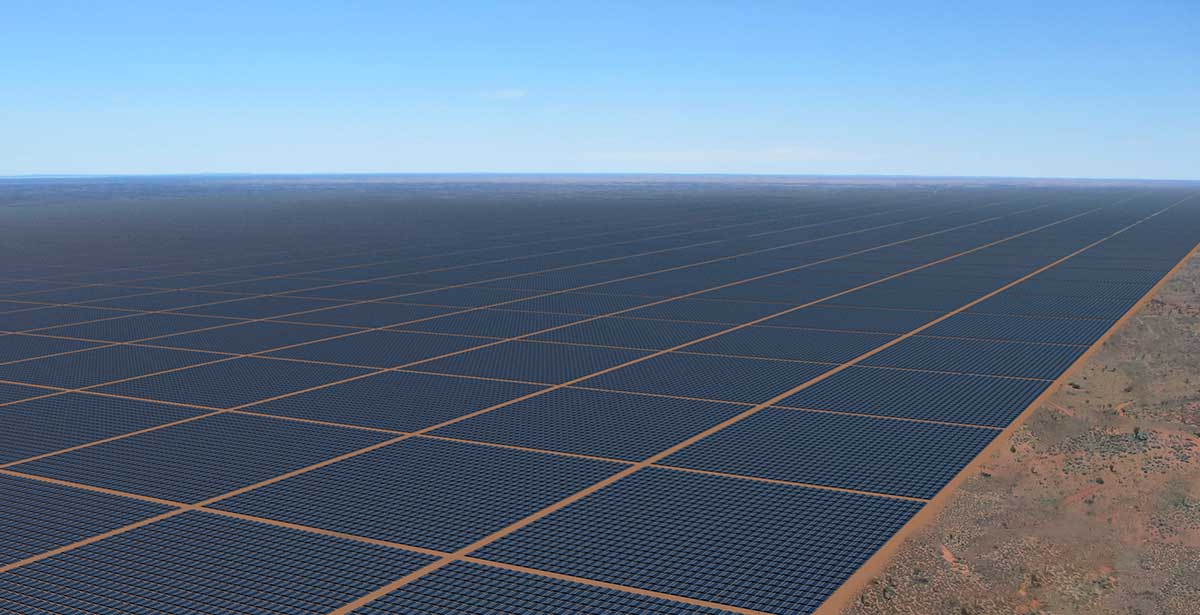 Development of the $22 billion Australian-ASEAN Power Link project has taken a significant step forward following the signing of a project development agreement (PDA) between the Northern Territory (NT) Government and Sun Cable.

The signing of the PDA provides a roadmap for the NT Government and Sun Cable to work in partnership to finalise land tenure and commercial arrangements ahead of the project’s financial close.

The project will see up to $8 billion invested into the Territory, which will host the largest solar farm and renewable energy system in the world.

“This will provide affordable, reliable energy to support industrial growth in Darwin, as well as supplying up to 20% of Singapore’s electricity needs.”

The Barkly region has been chosen as the ideal location for a solar farm and battery storage facility that will be built across 12,000 hectares near Elliott.

Once operational, power from the site will be available 24/7, with the solar farm supporting the 30GW storage facility.

As well as the Barkly’s sunny, cloud-free advantages, the facility will capitalise on the close access to road and rail.

The project will create 1,500 jobs during construction and 350 ongoing positions once operations begin.

Construction for the project will begin immediately after financial close in October 2023.

Once up and running, it’s estimated the project will export $1 billion dollars’ worth of solar electricity each year. 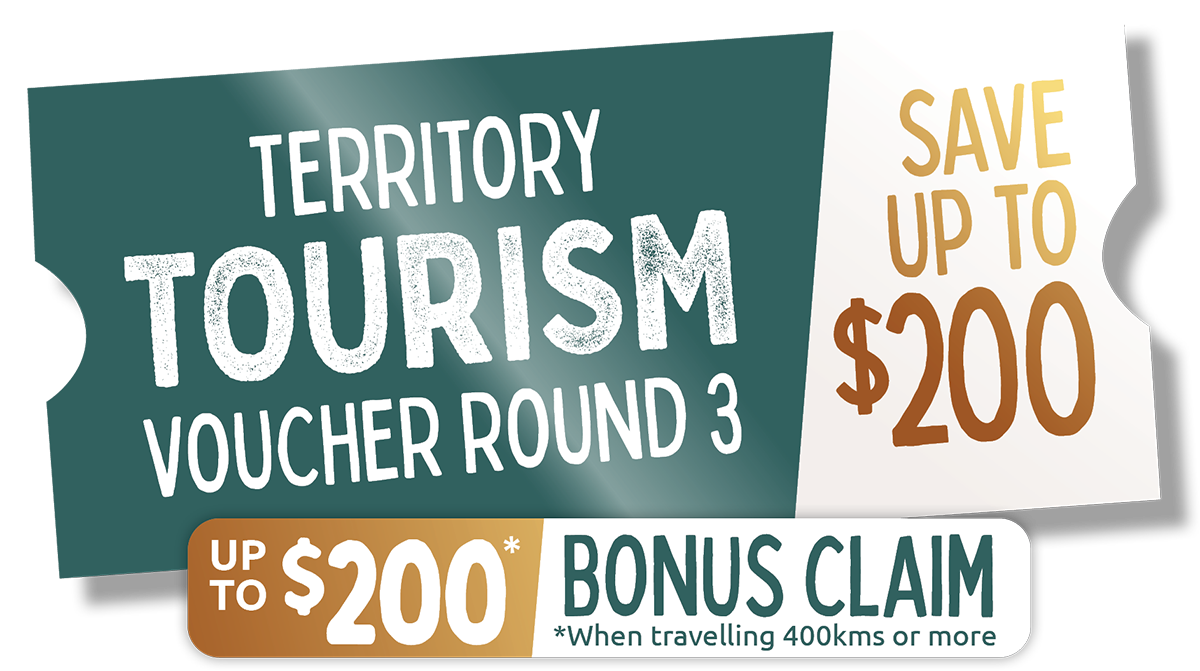 Once again Territorians have snapped up the Territory Tourism Voucher with 10,000 people registering for the third round within five minutes of the registrations opening on 1 February.

By 6am the following morning, more than 33,000 had registered. The vouchers are released on a first-come, first served basis with more vouchers to be released in a staggered approach.

Valued up to $200, the vouchers are redeemable on a $1 for $1 basis and can be used on multiple tourism experiences in the Top End, Red Centre, Katherine and Barkly Regions.

Once again there is one voucher and one bonus claim per person for Territorians aged 18+. Once you receive your voucher you will have 14 days to make your booking and will need to travel prior to 30 April 2021.

To encourage bookings in all of our regions Territorians who travel a little further afield will once again be able to apply for an additional $200 bonus claim redeemable on a $1 for $1 basis for those who travel over 400kms to the product booked as part of a single journey (not including their return leg).

The Territory Tourism Voucher scheme is a $16.2 million package delivered through three funding rounds to support the Territory’s tourism industry and encourage Territorians to experience our great Territory lifestyle and try new experiences.

You still have time to apply for the Territory Government’s Small Business CX Grant to enhance your businesses’ customer experience for locals and visitors alike.

Small business owners can access grants of up to $20,000 on a 50:50 co-contribution basis to improve front-of-house improvements for customers.

These enhancements could include shade for outdoor settings, misting fans or enhanced shop front entrances.

The program is open to all Territory small businesses with an annual turnover of less than $10 million.

The grant is a range of small business support initiatives being delivered under the Northern Territory Government’s Job First Plan, to help Territory businesses adapt and rebound from the economic impacts of COVID-19.

The Small Business CX Grant is a one off grant and applications will be assessed on a competitive basis.

Providing the skills Territorians need to get a job

The JobTrainer program has begun rolling out in the Territory to support young Territorians and jobseekers into a job.

This is a $9 million joint initiative between the Northern Territory and Australian governments and is part of the $1 billion JobTrainer Fund. The fund is designed to deliver free, or low cost training to help job seekers reskill and upskill for in demand jobs as the economy rebound from COVID-19.

As the Territory emerges from COVID-19 is it integral that there are training and job pathways for young Territorians who have just completed their schooling and are entering what is, an uncertain employment market.

The JobTrainer program will enable people looking for work to reskill and upskill for in-demand jobs, provide school leavers with a pathway into their careers and ensure businesses are able to get the skilled workers they need.

The Northern Territory Government and Australian Government have together developed a list of qualifications and skill sets that will provide job seekers with the skills that are in demand by employers and are critical to economic recovery.

Qualifications and short courses include training in the following areas:

The page will continue to be updated as more courses become available.

For information about the program, or for career and training advice, contact the Skills Recognition Centre by emailing info@skillsrecognitioncentre.edu.au or calling 08 8946 7316. 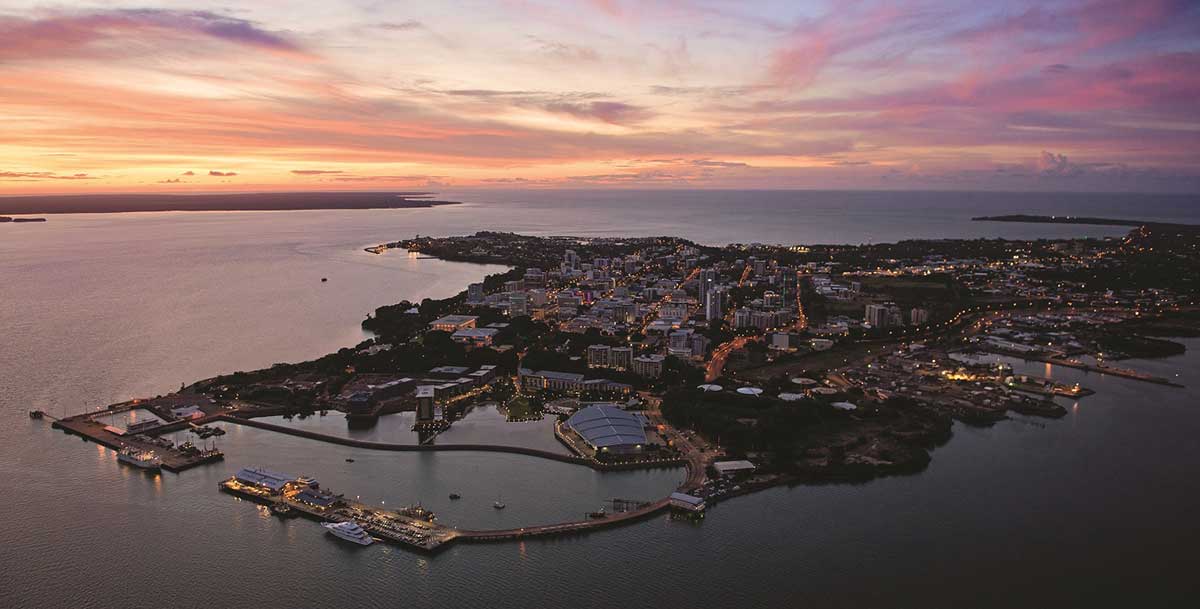 In another important step towards 50% renewables by 2030, the Northern Territory Government has released policy position and consultation papers on priority electricity market reforms.

The Northern Territory’s electricity supply industry is undergoing significant transition and reform is required to facilitate an increasing number of market participants and the adoption of emerging technologies, while maintaining secure, reliable and least cost electricity supply for consumers and taxpayers.

The Priority Reform Program will assist government in delivering cleaner and lower cost power for Territorians by implementing reforms to:

Final position papers on the essential system services and reliability reforms are expected to be released by mid‑2021.