This week Santos announced it had reached its final investment decision (FID) on its offshore Barossa Project which will create local jobs and boost the Territory’s economy.

The FID confirms Santos’ financial commitment to the $5 billion Barossa Gas Project, which will be located 300km north of Darwin.

It is the largest private economic investment announcement in the Territory since Inpex’s Ichthys gas project.

In Darwin 350 permanent positions will also be secured for the next 20 years, with an estimated $2.5 billion worth of wages and contracts expected to flow for Territorians.

Santos Managing Director and CEO, Kevin Gallagher said “As the economy re-emerges from the COVID-19 lockdowns, these job-creating and sustaining projects are critical for Australia, also unlocking new business opportunities and export income for the nation.

“The Barossa and Darwin life extension projects are good for the economy and good for local jobs and business opportunities in the Northern Territory.”

The project is expected to generate positive flow-on benefits for the Territory for years to come, not only in the gas and construction sector, but more broadly for the economy. 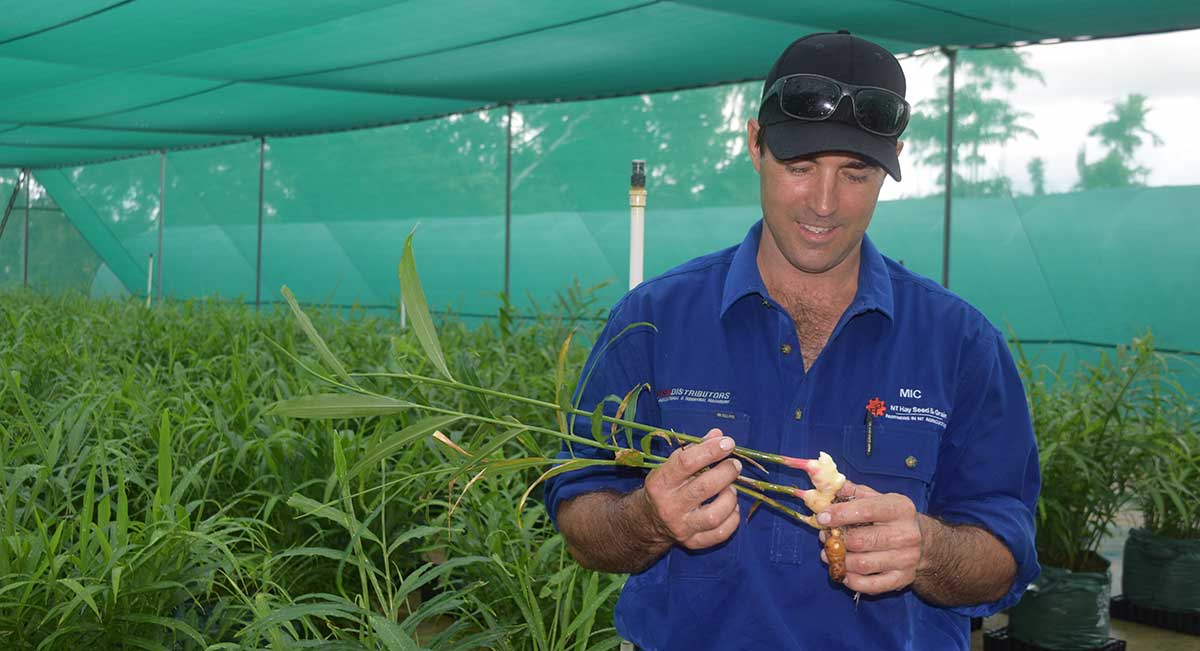 Mic Jakobi is growing the flowering plant in tree bags at a commercial nursery in Darwin as part of a collaboration with the Northern Territory Government, to establish opportunities in emerging agricultural sectors.

The Territory Government is working with industry to establish these opportunities to grow emerging agricultural sectors, by harnessing the Territory’s competitive advantages. These include our humid climate and generous rain, but also a supply chain with the potential to facilitate further investment and jobs.

Mic Jakobi is having much success growing ginger in tree bags and believes the Territory can establish a disease-free ginger industry, which could lead to premium prices for seed ginger – up to $25 per kg.

“We’re getting excellent results. We had problems with bugs, but we’ve sorted that out,” said Mic

“I am hoping to grow commercial quantities for consumption but we need to deliver these trials and earn a reputation for clean, green, disease-free ginger first.”

The trial, focuses on the production of two varieties, Queensland Gold and Canton and provides a practical opportunity to improve biosecurity and crop management practices for ginger growers in the Territory.

The Australian ginger industry has a farm-gate value of $32 million and is currently concentrated in south east Queensland.

The project is in the early stage of a three-year project. 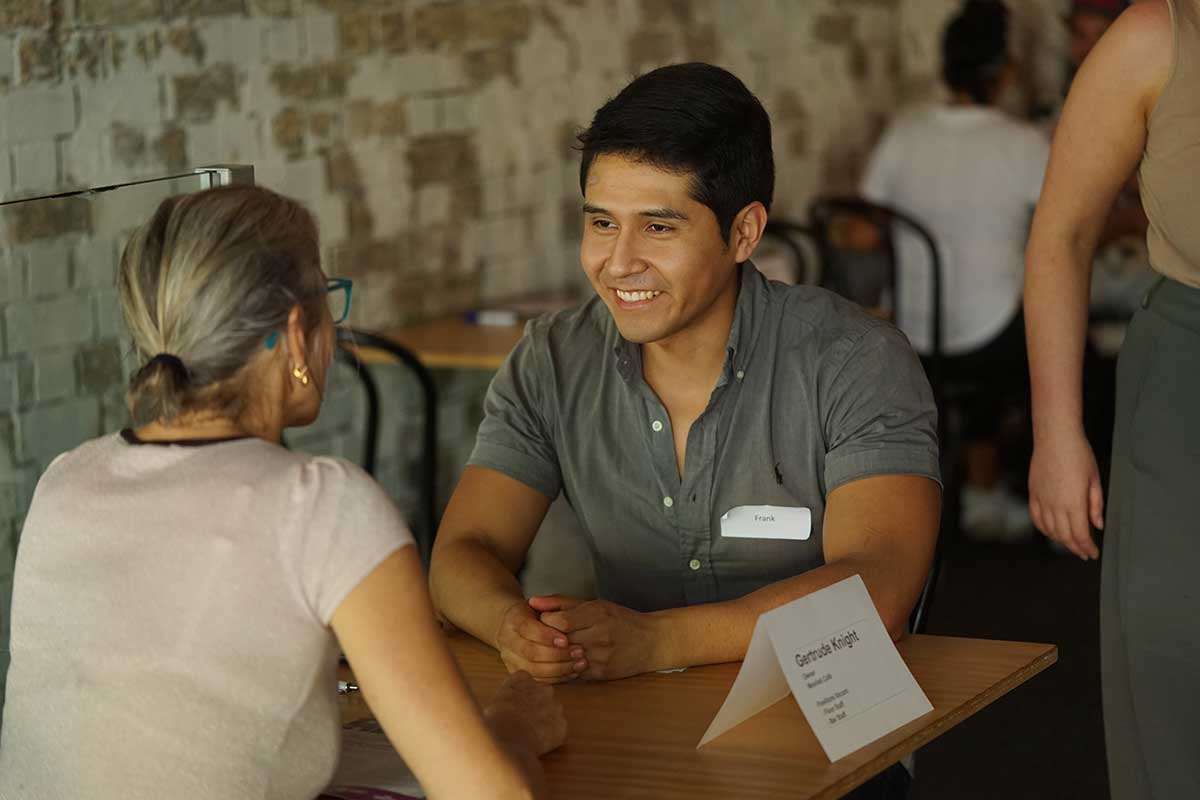 The event connected international students and graduates on a post-study working visa with hospitality and tourism sector employers looking to grow their teams.

The program was enthusiastically received by both students and employers with an instant match made on the day with Ramada Suites Zen Quarter recruiting Lithuanian International College of Advanced Education student, Martynas Kareiva to a night manager position. More recruitment matches are expected to come to fruition in the coming weeks.

The success of the pilot program has fuelled an appetite for all involved to have more events.

Hospitality NT’s Director of Policy, Strategy and Stakeholder Relations said international students have been a great asset to the Territory’s hospitality industry for many years.

“They have put down roots here in the NT, with many of them being great members of our community. We see this event as the tip of the iceberg and look forward to working with StudyNT and Tourism NT on similar events in the future.” 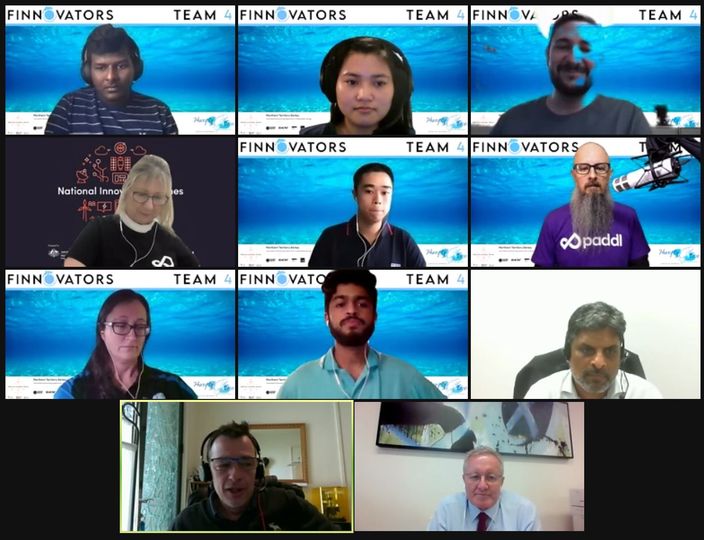 An idea to combine renewable energy with artificial intelligence (AI) to improve energy consumption has been declared the winning solution for the first challenge at the National Innovation Games Territory Series.

Last week five Territory teams competed in the first challenge to address the following question “How can technology assist businesses to better understand the requirements and benefits of converting to renewables?”

Territory businesses and their employees will collaborate with industry leaders, government representatives and students to address real life, practical business challenges and opportunities.

The winning team ‘Finnovators’ from Humpty Doo Barramundi developed an idea for a ‘real time renewables return calculator’. The calculator, which is an AI integrated app, would be used to monitor and control energy consumption.

Team Leader Tarun Richards said “the team I worked with were so impressive, a great mix of talented minds.”

“At Humpty Doo Barramundi we're always looking for innovative ways to improve sustainability - it's what lead to the development of our wetland water recirculation system back in 2002.

“We would love to produce a carbon neutral barra. Most businesses know the world needs to move to renewable energies and would like to incorporate them into their operations but just don't know where to start.”

“The concept the team developed doesn't just tell businesses, it shows them how renewables could change their energy consumption, and their costs. And with this knowledge businesses can make informed decisions about switching to renewables,” he said.

Launched in 2019, the National Innovation Games are a series of innovation challenges taking place across Australia, held virtually and in-person.

Registrations are now open for challenges two and three, which are taking place on 22 April, and 23 and 24 June 2021.

For further information, go to the National Innovation Games website. 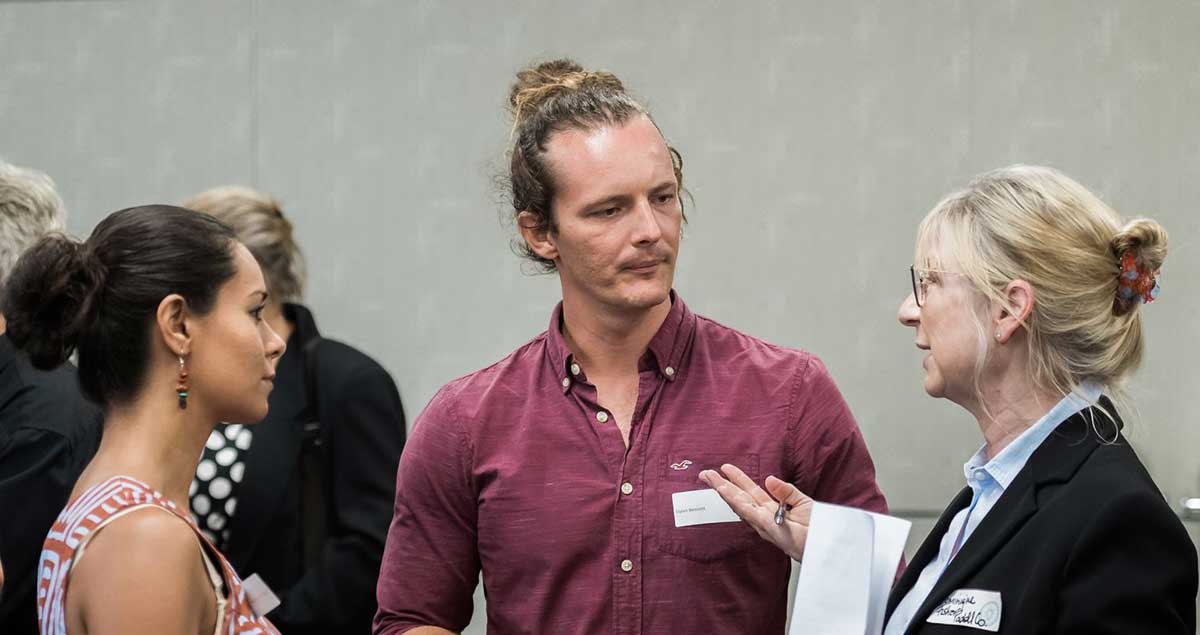 Do you want to be part of the renewable energy conversation in the Territory and make a difference in this emerging industry?

The NT Energy Innovation Network has been launched to further accelerate new renewable energy investment in the Territory.

The network will identify opportunities that benefit the Territory, provide input into government policy and support the emergence of new industries including hydrogen and solar.

It will form part of the larger Territory innovation ecosystem, which includes the NT Drones Network and Women’s Innovation Network NT.

Expressions of interest are now open to join the Energy Innovation Network.

For further information email innovation@nt.gov.au or go to the Innovation website.

The Territory Government is helping pastoralists get on with the job at hand with the introduction of a simplified pastoralists land clearing process.

Under the simplified process, lessees can apply to clear up to 1,000ha of native vegetation per application for non-irrigated purposes.

The new process is in response to the Territory Economic Reconstruction Commissions, final report, which recommended regulatory and administrative reform.

The simplified process ensures decision making is proportioned to risk. That is, low risk is unconstrained land will be made more readily available for development through a shortened process.

To support the process, new application forms, policy and updated guidelines have been developed and are available on the Northern Territory Government website.