In a Territory first, the maps were drawn from satellite-acquired ASTER data. ASTER, which stands for Advanced Spaceborne Thermal Emission and Reflection Radiometer, is a Japanese instrument on the NASA satellite 'Terra' representing a US-Japanese cooperative effort in earth observation systems. The data drawn from this system is used to develop detailed maps analysing reflectance, land surface temperature and elevation. ASTER is also equipped with 14 spectral bands that can detect rock forming minerals from iron oxides to clays, carbonates, quartz, among others1.

When examining this data, Kentor Gold Limited (KCL), identified several unknown and unexplored copper-gold zones at the Jervois Copper-Silver-Gold project in the Northern Territory. Since KCL acquired the Jervois Copper Project, its exploration efforts have increased the estimated resource to 25.2 million tonnes containing 384,800 tonnes of copper and 23.6 million ounces of silver, together with gold, lead and zinc2.

Further advancement in the use of space technology will continue to assist companies in their exploration efforts. 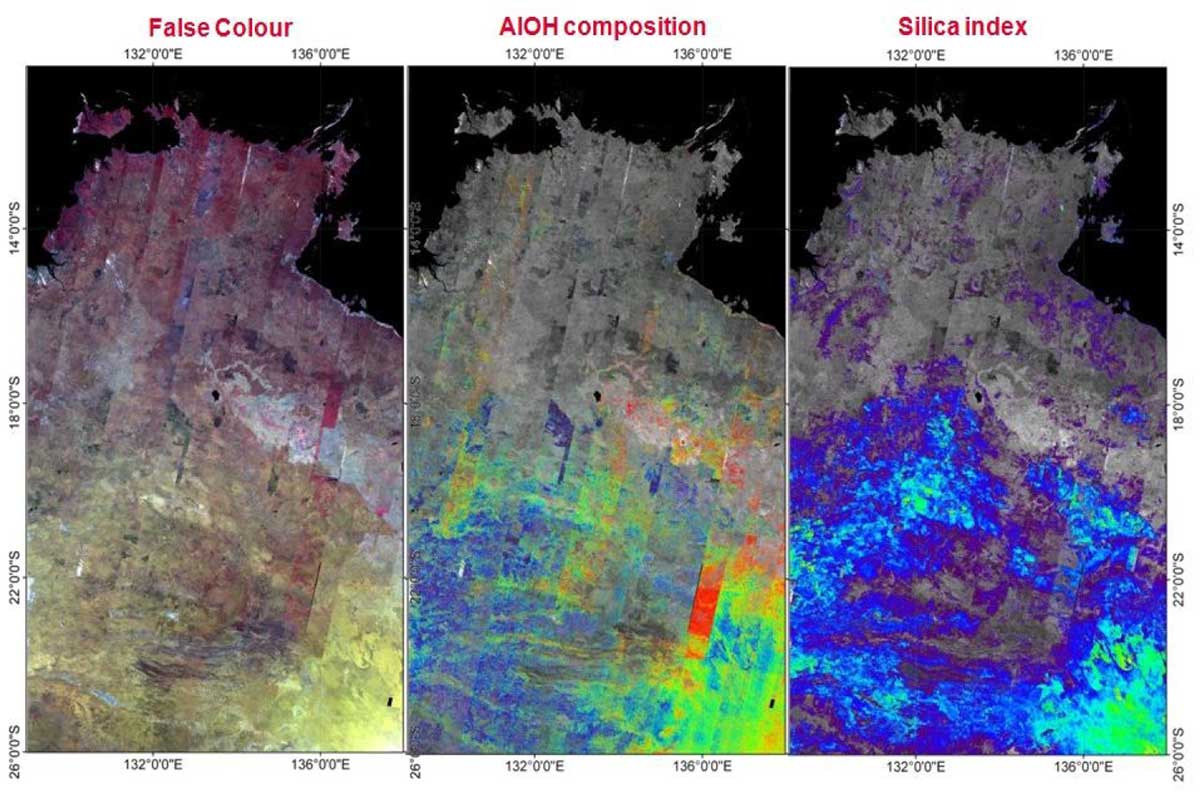 URL copied!
Back to top
URL: https://industry.nt.gov.au/industries/developing-industries/space-industry/industry-case-studies/case-study-minerals-2 7 December 2022, 2:05 am