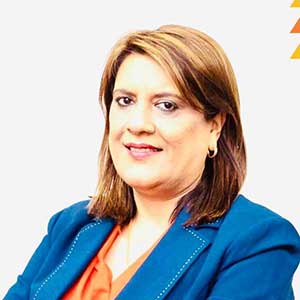 Ms. Ranju Thapa is the principal executive officer Sydney City College of Management. She has an excellent academic achievement under her belt. As well as she holds higher education degrees in IT management and information technologies from Central Queensland University and Charles Sturt University. She also pursued industry skills such as Certificate IV in Human Resources from an Australian vocational education and training institute and Diploma in Information Technology (CCNA) from Lidcombe TAFE.

Prior to coming to Australia, Ranju initially had a medical background where she worked as a health assistant in remote parts of Nepal. After arriving to Australia in 1995, she continued working as a nurse assistant until she found her true passion which was information technology. Ranju began her professional career in 2002 as a network engineer with one of a leading technology conglomerate CISCO. While working with CISCO she worked her way up to becoming security / technical analyst and in 2005 served as security technical lead in Budapest, Hungary for couple of months. Gradually, she worked with one of the largest MNCs, Nestle, as network services specialist for over a decade and later, she worked as service integration manager. During her prolific IT career, Ranju has led several high-end projects, managed teams of vast culture and nationalities and was always a part of constant monitoring and innovation in networking and communication.

Ranju has always actively participated in social causes since 1992 while working as medical paramedics in Nepal, counselling to women to empower their stand on health matters and stand for their rights on family planning for birth control. Likewise, served as a founder vice president of Non-Residential Nepalese Association (NRNA). After being elected as first female to serve as vice president of non-residence national coordination council of Australia, Ranju has a Nari Nikunja NRNA NCC women forum. She has been able to form 34 forums across the globe aimed at woman empowerment and uplifting their lives. As global spokesperson of NRNA and a social activist she has raised charity globally for several causes namely for relief fund post-Earthquake in Nepal 2015.

As the principal executive officer, Ranju brings her diverse experience to college by providing leadership and direction to the institute’s purpose, values, and objectives. She is also responsible for ensuring the effective development and implementation of strategy to ensure Sydney City College of Management remains competitive, profitable, and compliant.